Turkey’s role in Somalia: A model of solidarity in tough times 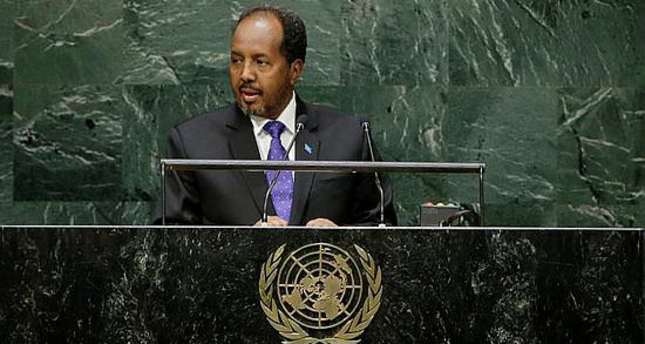 Somalia is recovering. Somali national forces, working with those of the African Union, have regained control of the most of Somalia's population centers and critical infrastructure such as the port of Barawe, our government structures are growing stronger by the month in capability and execution, and the 'Vision 2016' plan – in which year we will also conduct elections – is becoming a reality.

None of this would have been possible without the support and generosity of the international community, among whose nations Turkey – and its President – have played a prominent, exemplary role.

Turkey has shown the way in developing a holistic, on-the-ground partnership with Somalia that has supported us in growing according to a nationally-led and owned agenda. Turkey has tied its various efforts together in an integrated development model that combines humanitarian aid, development projects and financial investment.

Turkey realized that sustainable and comprehensive development could not rest alone on an externally-authored, politically driven hierarchy of needs, satisfied one at a time. Turkey's aid came all at once. It came as a force of nature, putting Somalia's development issues in the forefront. Turkey has invested in infrastructure, building hospitals, rebuilding destroyed government property and digging wells. It has provided training to our doctors, teachers and civil servants. Turkey has set up more than 1,000 scholarships to enable our young people to study abroad. It has brought in businesses that changed the face of Mogadishu and encouraged its entrepreneurs to come to the city and transform state enterprises, including returning the port and the airport to profitability. Today, the arrival of Turkish Airlines' passenger jets in the skies above Mogadishu is a daily reminder of Somalia's growing stability and confidence, and of Turkey's generous support.

Turkey did not hold back, waiting for stability before it invested. Instead, it invested to achieve it. Where other international partners chose to plan their interventions from elsewhere, Turkey put its people on the ground in Somalia to maximize the efficient use of their human and planning resources in support of their financial resources. Turkish aid workers delivered their aid directly to the beneficiaries, to maximize impact. The training hospital in Mogadishu illustrates the point. Turkey has built a 400-bed hospital and set up a training scheme for Mogadishu's doctors to enable them to better assist the sick. This approach has enabled Turkish development agencies to form real partnerships with the government, local population and businesses.

In all of this, Turkey's President Recep Tayyip Erdoğan has played an instrumental role. As early as 2011, as Prime Minister, he came to Somalia himself – the first leader of his stature to set foot in our country for 20 years! He spoke up for us abroad. And he championed the model of a direct on-the-ground holistic development partnership.

From the outset, Turkey has treated Somalia as an equal partner, respected our requests and insisted on our input. Turkey's perception of Somalia as a future trading partner enabled us to approach our relationship from an equal footing, leading to mutual respect and enthusiastic cooperation. Turkey's role in the development and stabilization of Somalia has been a model of solidarity in hard times, and we look forward to it being a friend in the more prosperous times ahead.