Officers accused of wiretapping referred to court for arrest 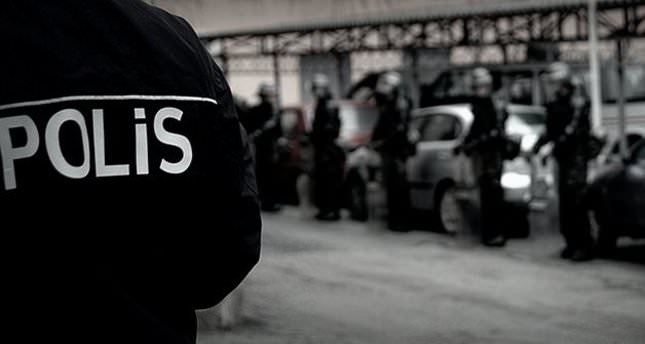 by Anadolu Agency Jan 30, 2015 12:00 am
The prosecutor's office referred 14 policemen detained in an illegal wiretapping probe during a recent police operation to court Friday, demanding their formal arrest.

A total of 24 police officers had been detained as part of the latest police operation, out of whom 10 were released Friday.

İzmir's prosecutor office had issued warrants on Tuesday for suspected 26 policemen in İzmir and other provinces, including the capital Ankara and Istanbul, on charges of being involved in an illegal wiretapping case.

The number of detained suspects reached 24 after two more policemen surrendered to the authorities on Thursday, officials said.

Resul Tunçkır, a lawyer defending a suspected police chief, said his client would surrender later due to his health problems. Efforts to detain other senior police officers at large would continue, officials said.

The office launched the operation after receiving complaints from citizens that their communications were being illegally intercepted by agents of the Gülen Movement.

According to the İzmir governorate, 92 people, including high-ranking army officers, academics, senior policemen and journalists, were illegally wiretapped between 2009 and 2013.

This is not the first time such an operation to detain suspects in the case has been launched in the country.

Earlier in 2014, a similar operation was launched in Izmir and 13 other provinces in which 32 suspects were detained after a newspaper story revealed that several public servants were being illegally wiretapped. All the suspects were later released by the court pending trial.

To date, hundreds of police officers have been detained and questioned in the alleged wiretapping probe.