Half a million students to go to Europe on Erasmus 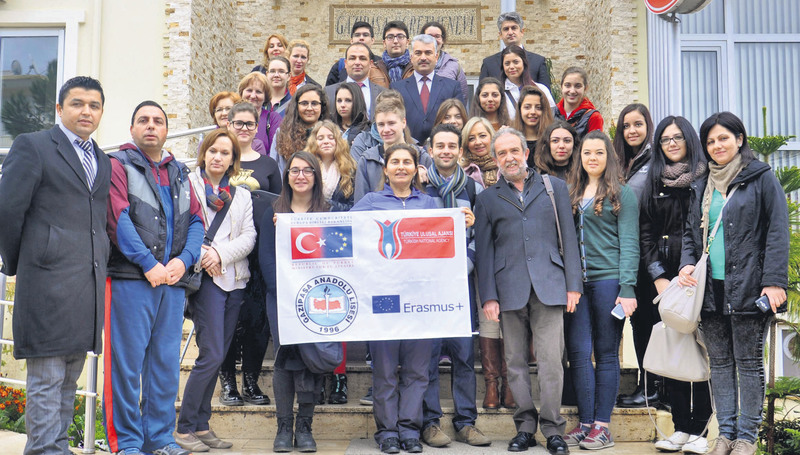 Bozkır responded to questions from the press while establishing official contacts in Finland last week. Pointing out that 600 million euros has been spent on the Erasmus Program, and that 400,000 Turkish students have benefited from the opportunity, he said: "Both those who study in a university and those who get vocational training have benefited from this. For instance, even an apprentice who works in an automobile repair shop went to Europe for the first time in their life as part of the Erasmus [Program]."

Regarding the corruption claims concerning Erasmus funds reported in the media, Bozkır said that those claims had been investigated and no proof was found that indicates corruption. "Therefore, the Erasmus Project is protected from these false claims and in a sense, the EU's attitude on all projects was affirmed," he said.

Bozkır also reproached the fact that Turkey was not invited to the EU summits after December 2004, which is the date 10 new countries joined the EU with full membership status. "It is a huge deficiency that Turkey is not invited to these summits. Until December 2004, Turkey had been invited; there were meetings in which the European Constitution was discussed. However, these works on the constitution were terminated after 10 new countries were taken into the EU on this date. Later on, since [the-then French President Nicolas] Sarkozy advocated that Turkey did not have a place at these summits, Turkey and Croatia were no longer invited."

Pointing out that he mentioned this deficiency with his contacts since the day of his appointment as the EU minister, Bozkır urged for a Turkey-EU summit by comparing other cases in the world: "As the EU has summits with Russia, Latin America and ASEAN [Association of Southeast Asian Nations], so the same summits must be organized with Turkey from now on."
Last Update: Mar 03, 2015 9:58 am
RELATED TOPICS