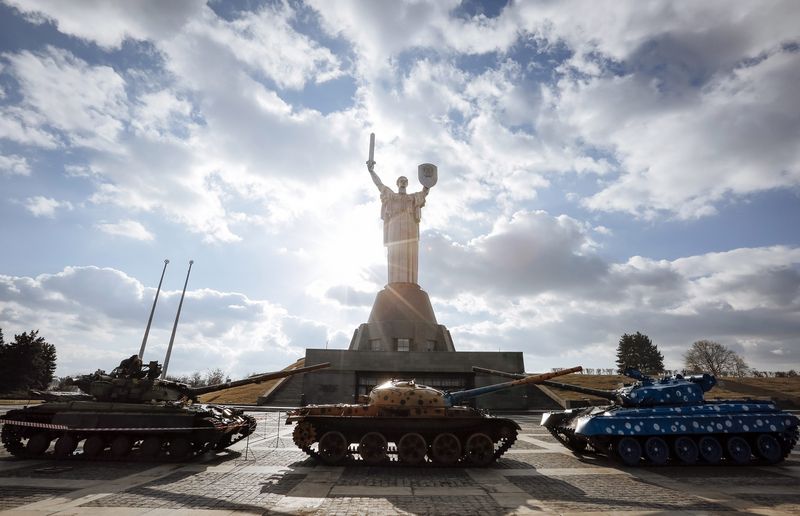 by Merve Aydoğan Mar 05, 2015 12:00 am
While tensions continue in Ukraine, the sanctions imposed by the EU and U.S. due to the annexation of Crimea hit the Russian economy hard and support for pro-Russian separatists in the conflict-hit regions in eastern Ukraine remain, the Ankara-based Foundation for Political, Economic and Social Research (SETA) think tank organized a panel on Thursday with the participation of advisor to the prime minister, Sevinç Alkan Özcan; Dr. Vügar İmanbeyli, a professor at Istanbul Şehir University and TRT Türk journalist Gönül Şamilkızı. The panel aimed to evaluate the current situation in Ukraine, Russia's efforts for a solution to reconcile with the West, Turkey's position regarding the Crimean Tatar issue and the Ukrainian crisis and its relations with Russia.

Commenting on Turkey's foreign policy regarding Ukraine and Russia, Özcan said: "Turkey's foreign policy and stance throughout the conflict regarding not only the Crimean annexation but also the polarization in Ukraine has been on point as Turkey forecasted that the issue might turn into a regional conflict." Özcan continued by saying that Turkey has emphasized the importance of Ukraine's independence and integrity as it is necessary in the framework of regional security and rights.

As Turkey announced that it has welcomed the cease-fire agreement signed in Minsk, Belarus, Özcan also added that the issue is not only related to Ukraine and Russia, but could revitalize Cold War reflexes. In response to a question regarding Turkey's stance throughout the Ukrainian crises, Özcan said: "When the U.S. and EU countries did not fully confront Russia in terms of economic relations, Turkey must follow policies in accordance with the situation."

Şamilkızı pointed out during the panel that the proposed language of the law in Russia for Crimean Tatars could not be implemented as it clashes with Russia's current laws. Furthermore, İmanbeyli, who is an expert in Russian studies, said: "The Russian side says that the conflict in regions in eastern Ukraine can no longer be under the territories of Ukraine, as they believe Ukraine displays an apolitical stance." İmanbeyli also added that as Russia enjoys creating tension, the situation affects all countries, not only regionally, but worldwide.