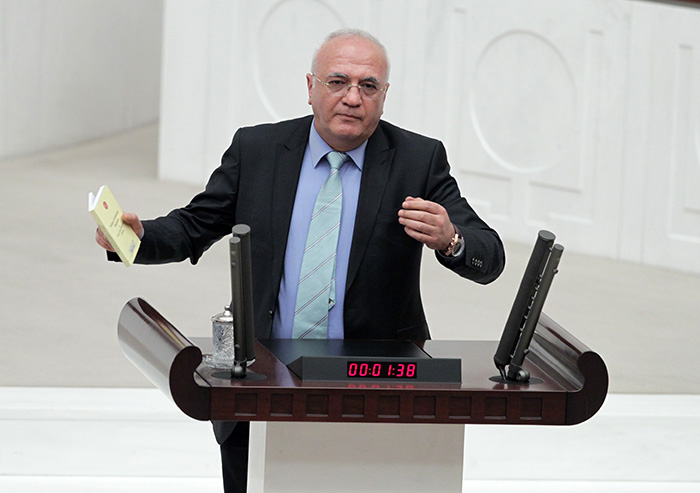 by Daily Sabah Mar 06, 2015 12:00 am
Amid strong resistance from opposition parties, 37 articles out of 132 of the Domestic Security Reform Package have been passed by the Parliament, as the ruling AK Party officials underline that they are determined to pass the bill within two weeks.

The Domestic Security Reform Package has been discussed by Parliament for three weeks, and the government claims that the package aims to establish a balance between freedom and security for its citizens, while enhancing the civilian identity of the state. Moreover, Interior Minister Efkan Ala has recently said that the package has been welcomed by 80 percent of the Turkish public, "We are not preparing this draft bill [security bill] with the opposition parties' contentment as the basis, indeed we are preparing it in accordance with the will of the nation, 80 percent of which supports it." Ala said.

Prime Minister Ahmet Davutoğlu underlined in early February that although the ruling Justice and Development Party (AK Party) government has given one week for the opposition parties to provide amendments to the bill, there were no proposals from either the Republican People's Party (CHP), the Nationalist People's Party (MHP) nor the Peoples' Democracy Party (HDP).

The comprehensive reform package also aims to restructure Turkey's gendarmerie forces, responsible for ensuring public order in remote areas outside of the jurisdiction of Turkish National Police. The reform package will gradually transfer the control of the gendarmerie from the Turkish Armed Forces (TSK) to the Interior Ministry.
Last Update: Mar 06, 2015 5:51 pm
RELATED TOPICS