Violence against women cannot be justified on any ground: PM Davutoğlu 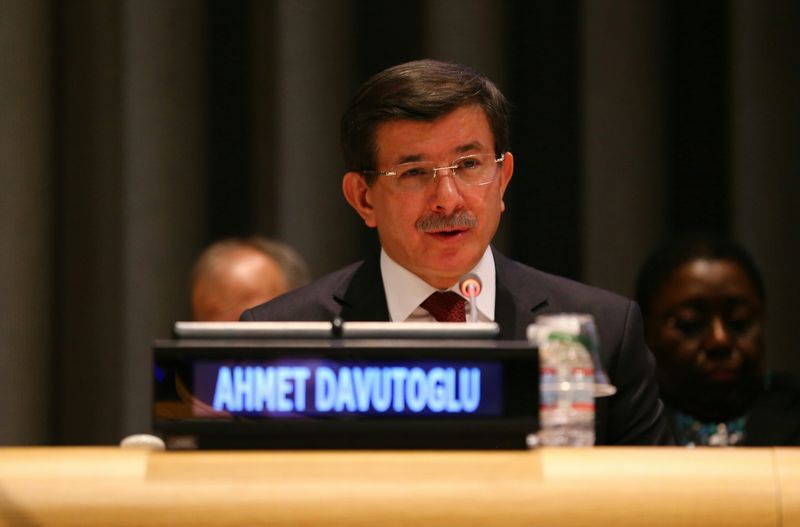 Speaking at a high-level thematic debate on advancing gender equality and empowerment of women, Davutoglu said sexual-based violence is often used as a strategy to deprive human beings of their safety, security and dignity.

"Obviously, the elimination of the root causes of conflicts is the best way to prevent this terrible crime," he said. "Turkey actively continues to provide vast contribution to the efforts to achieve the protection and promotion of women's and children's rights in conflict-affected situations and in the aftermath of disasters."

The meeting was held as part of the upcoming 20th anniversary of the adoption of the Beijing Platform for Action, an international declaration of women's rights set up at the UN's landmark Fourth World Conference on Women, held in Beijing in 1995.

The declaration, which is described as an "international blueprint" for gender equality and women's empowerment, addressed 12 key matters of concern including women and poverty, violence against women and access to power and decision-making.

Davutoğlu said governments need to eradicate the underlying causes of inequalities and that significant attention must be paid to the education of girls.

"With this understanding, Turkey together with Canada and Peru pioneered the International Day of the Girl Child initiative in the UN and we strongly believe that ensuring the schooling of girls and closing the gender gap in education is the best way to empower girls and prevent them from being forced into early marriages," he said.

Davutoğlu said violence against women is a flagrant violation of human rights and cannot be justified on any social, cultural or religious grounds.
For his part, UN Secretary-General Ban Ki-moon said the attitudes of societies in all regions are still stacked against women.

"Rape continues as a vile weapon of war and we see too many examples of violent extremists suppressing and abusing women and girls," he said, adding that women lag behind men across an array of areas including political representation, wage inequality and education.

Advancing gender equality and empowerment of women is one of the seven priority areas the UN chief outlined in the "Transformative Post-2015 Development Agenda," a action plan announced earlier this year that focuses on areas of priorities for the UN.

"We have an agenda; we can find the resources; we can monitor progress; we can hold ourselves accountable for results," Ban said.