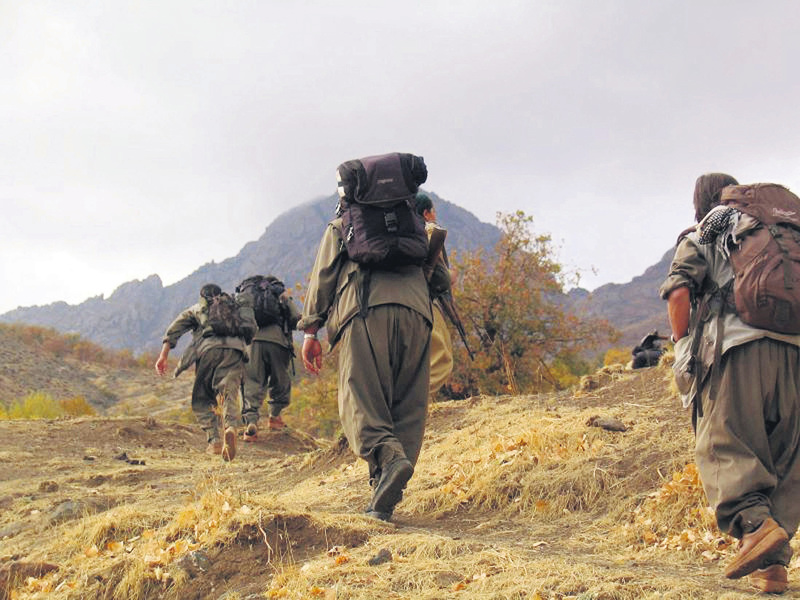 Following jailed PKK leader Öcalan's call for his organization to hold a congress to announce its disarmament, the PKK will obey his demand and will permanently end their decades-long armed fight, a former senior PKK leader said

The PKK will end its armed struggle in Turkey barring serious hindrances that could derail the reconciliation process, a former leader of the group said Friday. "Unless there are serious provocations that could transform the agenda completely, the PKK leadership will declare at the upcoming congress that they are ending their armed struggle in Turkey and laying down their weapons in response to Abdullah Öcalan's call," Nizamettin Taş told Anadolu Agency in an exclusive interview in the capital of the Iraqi Kurdistan Regional Government (KRG).Sırrı Süreyya Önder, a deputy from the Peoples' Democracy Party (HDP), announced last Saturday that the PKK was invited by its imprisoned leader, Öcalan, to meet in the spring to find common ground on ending the more than 30-year conflict.

The call for disarmament came after a meeting between HDP deputies and government officials, including Deputy Prime Minister Yalçın Akdoğan, marking a major point in the reconciliation process, referring to the government initiative launched in 2013 aimed at ending the decades-old conflict with the PKK.

"The PKK's leaders have already declared that they embrace Öcalan's call. The congress will definitely happen," Taş said, adding that suspending, postponing or rejecting the call was out of the question as "there is no force in the Qandil Mountains that would oppose Öcalan's decision."

Iraq's Qandil Mountains are known to be the headquarters of the PKK, which is listed by Turkey, the U.S. and EU as a terrorist organization. Its militants have fought for an independent Kurdish state since 1984, and the bloody insurgency has claimed around 36,000 lives in Turkey.

Taş said that the decision to lay down weapons applies to Turkey only, and the group would not dissolve its guerilla forces or stop fighting in other territories.

"The PKK and PYD [Democratic Union Party] are already fighting in Rojava [the Kurdish-majority area in northeast Syria]. They might perhaps use their guerilla forces against Iran too. So the decision concerns ending the fight in Turkey only. They would keep their guerilla forces active in the other three parts of Kurdistan," he said. The PYD is based in Syria and Turkey considers it to be an offshoot of the PKK.

Taş said that all related parties should be involved in the solution process.

"If the PKK attempts to solve the Kurdish issue in Turkey on its own, it would be a seizure of authority, creating a problematic situation where the Kurds are not involved, and two forces decide for them. So if the PKK ends its armed struggle and draws its guerilla forces out of Turkey, the whole Kurdish community should be involved in the upcoming process," he said.

He added that the PKK has to go to the congress and reform itself. "Actually, we wanted to do this 11 years ago. There is no need for illegal organizations in Turkey such as the PKK. They already have a political party," he said, referring to the HDP.

"There will be no more illegal organizations or any other groups set up for different purposes. The PKK aims for a totally democratic and political struggle. The PKK is definitely over. Last week's statement is a de facto declaration [of this fact]. There is no turning back," he said.

Taş also said that the HDP had the potential to get 15 percent of the vote in the June general elections, but warned the party "may not exceed the threshold unless it adopts a democratic mentality and follows a policy that embraces everybody."

"On the other hand, if they can create a democratic environment where everybody could reflect their own colors and express their will, then they could meet and exceed the threshold," he said.

Under the current system, political parties in Turkey must receive at least 10 percent of the nationwide vote to be allowed representation in Parliament, the highest such threshold in Europe. The HDP is one of the parties expected to come close to the 10 percent threshold in the June elections.
Last Update: Mar 07, 2015 2:30 am
RELATED TOPICS