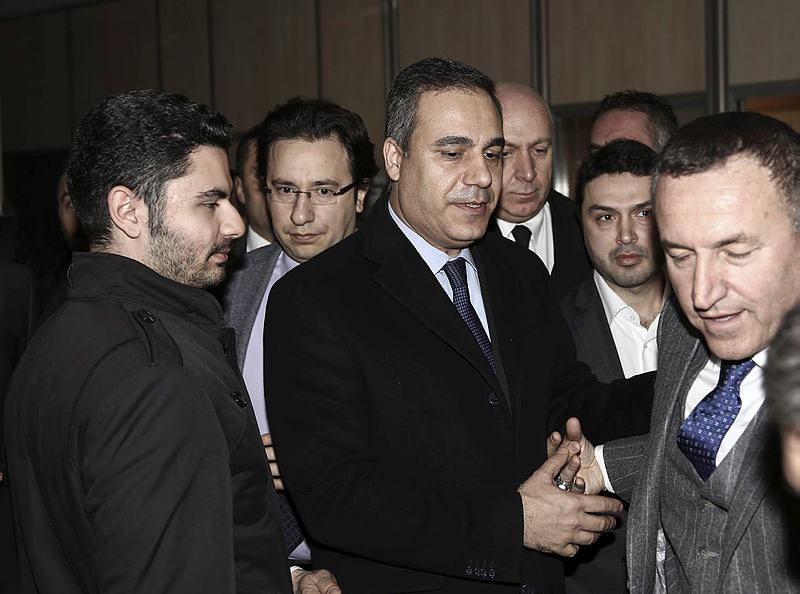 by Daily Sabah Mar 09, 2015 12:00 am
Hakan Fidan withdrew his candidacy for the June parliamentary elections from the AK Party on Monday evening and returned to his former post as intelligence chief. Fidan had resigned from his post in order to run for parliament in the upcoming general elections. Deputy Prime Minister Arınç said in a live press conference that Prime Minister Ahmet Davutoğlu had reappointed Hakan Fidan as the intelligence chief.

Fidan issued a written statement saying, "I have withdrawn my candidacy from the 25th parliamentary elections due to necessities. I will show every effort to properly carry out every duty to serve my country and my nation just as I have done up until today."

Hakan Fidan resigned in early February to run for a seat in Parliament in the upcoming general elections on June 7. Political circles had claimed Fidan had the potential to be the next foreign minister of Turkey, as the current Foreign Minister Mevlüt Çavuşoğlu will be ineligible to run for Parliament in the next elections due to a party bylaw that limits deputies to three consecutive terms. İsmail Hakkı Musa, the current National Intelligence Organization (MİT) deputy secretary, was serving as acting head during Fidan's absence.

President Recep Tayyip Erdoğan had said that he was not pleased about Fidan's decision. "The MİT is not an ordinary institution, it is the most important institution of the Turkish state," Erdoğan said, adding that he had appointed Fidan as the chief of the MİT and he should not have left his post.

The president expressed his resentment that Fidan had ignored his suggestion, and said he should have taken it more seriously before resigning to run for parliament.

Erdoğan had underlined that it is impossible for a state to survive if the intelligence organization of that state is weak, and implied that Fidan was the most suitable candidate for the job.

Fidan was appointed MİT chief by then Prime Minister Recep Tayyip Erdoğan in May 2010. Before his appointment to the MİT, Fidan worked in Erdoğan's office as a deputy undersecretary. He successfully served as the head of the Turkish Development and Cooperation Agency (TİKA), and also served in the Turkish Armed Forces as a non-commissioned officer for 15 years between 1986 and 2001.