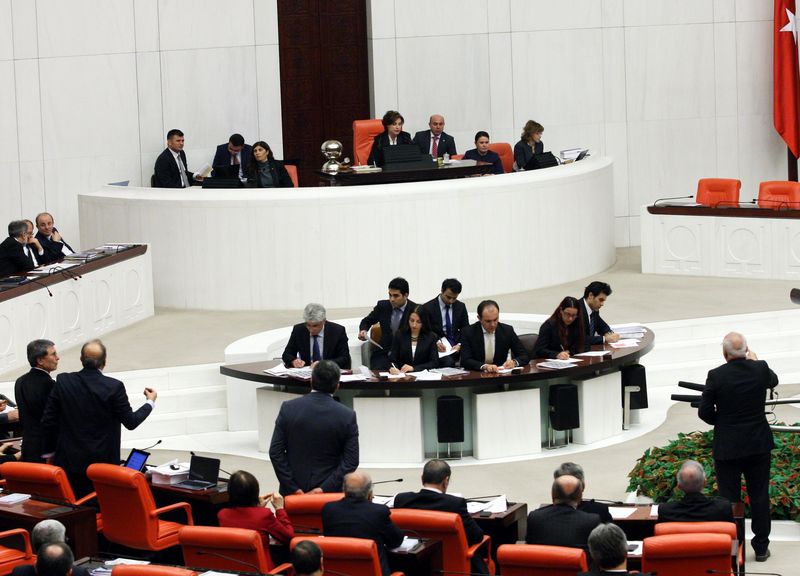 by Daily Sabah Mar 13, 2015 12:00 am
63 articles of the controversial Domestic Security Reform Package have been sent back to the Turkish Parliament's lower committee after a proposal by the ruling Justice and Development Party (AKP).

Deputy Parliament Speaker, Meral Akşener announced late on Thursday the articles between 68 and 130, which have yet to be debated, were referred back to the committee after a voting.

The government's proposal of the domestic security reform package, which seeks to tighten security in Turkey by granting expanding powers to security forces, has sparked heated debates in which opposition parties - the Peoples' Democratic Party (HDP) taking the lead - strongly objected the bill, which they claim was liable to exploitation.

However, amid opposition and reactions, 67 articles of the package have managed to receive approval of the Parliament. The six articles that have recently passed concern officers of the coast guard command.

The Domestic Security Reform Package has been discussed by Parliament for roughly a month and at the onset of the discussions, the bill was countered by brawls during which several Parliamentary members were injured.

In response to the reactions, the government has claimed that the package aims to establish a balance between freedom and security for its citizens, while enhancing the civilian identity of the state.