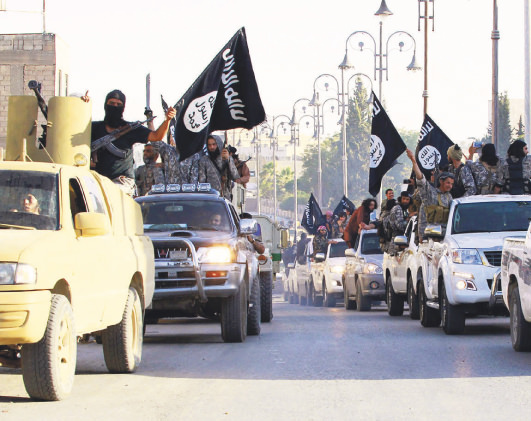 With little or no cooperation from its allies, measures taken by Turkish authorities to stop the flow of Western militants to ISIS results in the capture and deportation of 32 in the past two weeks alone

As part of efforts to hamper the flow of foreign-fighter hopefuls who seek to join the ranks of the Islamic State of Iraq and al-Sham (ISIS), Turkey has recently been able to identify and deport 32 foreigners, adding to the list of 1,154 people who have been deported thus far. Turkey has also issued exclusion bans on 12,519 suspected people up until now, showing its success in blocking the passage of potential fighters headed to ISIS through Turkey, despite little cooperation by the West.

Turkey has been doing its part in identifying and delivering potential foreign fighters who are seeking to cross the border to Syria to join ISIS, despite little cooperation from Western countries in terms of intelligence sharing. ISIS is attracting fighters from varied origins and continues to appeal to foreigners, which some experts believe is due to xenophobia and rising far-right movements in Europe. In a bid to impede the flow, Turkey has increased efforts to adopt tighter security measures, which seek to eliminate the threat of fighters moving in and out of its territory. In the last two weeks alone, 32 ISIS sympathizers have been spotted and sent back to their countries via a special system that Turkey has set up to keep tabs on potential fighters heading to Syria through Turkey.

The government has been targeted by Western circles over the increasing number of foreign fighters that manage to get to Syria through Turkey, and has defended itself against such accusations by succeeding in preventing potential foreign fighters' passage to Syria. The police force has tightened security at transfer points such as airports, terminals, bus stations and rental car companies via a special risk analysis system, and a team tasked with tracking suspicious foreigners who travel to Turkey for the first time and who are minors who do not have hotel reservations.

The police department's counter-terrorism unit, intelligence unit and airport security teams have cooperated in sending back hundreds of foreigners who they consider to be a security risk. Sources say that attempts to join ISIS continue to rise into March. A total of 34 foreigners who arrived in Turkey were questioned by profiling experts after their arrival. Those deported were of different origins with an age varying from 15 to 35. The suspected foreigners claimed that their purpose of visit was work-based, tourism or visiting friends or relatives, but security forces who had suspicions about the possibility of them joining ISIS sent them back to the countries where they had traveled from.

Also, a woman from the U.K. who aimed to cross into Syria from Turkey was caught in Ankara thanks to a risk analysis system and special teams, without any intelligence assistance from Britain. Having been spotted by Turkish security teams, the woman was later deported.

Amid these efforts, officials have complained about a lack of cooperation from Western countries. Foreign Minister Mevlüt Çavuşoğlu recently called on those countries for further intelligence sharing to efficiently carry out work to block passage to Syria. He had previously complained that those who had been deported kept returning, which is why it has become harder to cope with the problem.

The families of three British girls who are believed to have crossed to Syria from Turkey are also looking to the Turkish government to find the girls and ensure their return to the U.K. safely. Complaining about inadequate support from the British government, the families have called on Turkish officials to assist in finding their daughters.

Speaking to the Turkish media, they said they were grateful to Turkey for its efforts to provide them with information about how and with whose aid the girls were able to arrive in Turkey and cross the border.

Çavuşoğlu announced last week that a Syrian human smuggler working for a Canadian spy agency had aided the girls' passage to Syria. Footage was also released showing the man, identified as Mohammed al-Rashed, speaking to the girls in a Turkish town near the border before the trio boarded a vehicle to cross into Syria.