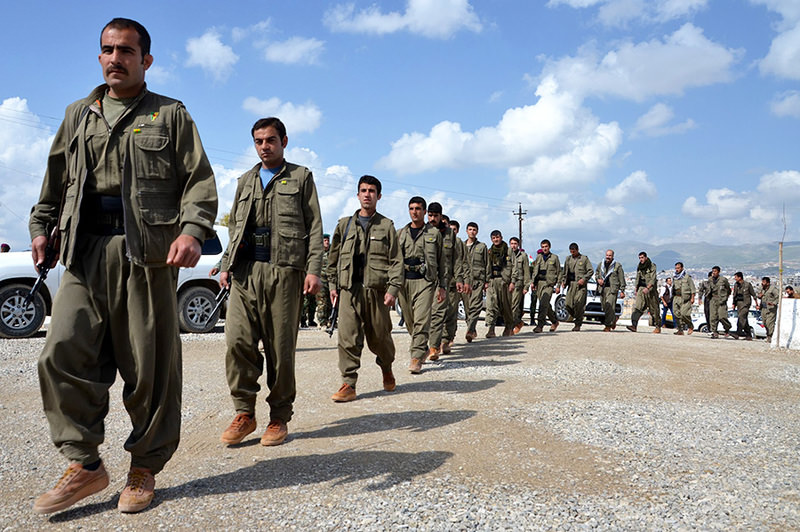 | Photo: EPA
by Nurbanu Kızıl Mar 23, 2015 12:00 am
The Turkish Armed Forces (TSK) released a statement on Monday; dismissing allegations about cooperation with the PKK and PYD in relocating the tomb of Süleyman Shah in Syria.

In the statement, it was asserted that it is impossible for the TSK to cooperate with organizations deemed as terrorist:

"We strongly condemn the persons and media outlets making the delusive allegation that the honorable, dignified and proud National Army of Turkey, which has lost thousands of soldiers, cooperated with a terrorist organization which has targeted the destruction of the constitutional order of the Turkish Republic" the statement read.

It continued by saying that the TSK will continue to fight with determination against all types of terrorist organizations under the scope of the prerogatives and duties given by Turkish laws.

The statement was released as a response to PKK's imprisoned leader Abdullah Öcalan's Nevruz message, which claimed that he greets the "Spirit of Ashme" as the symbol of a new history between the Kurdish and Turkish people, implying that the Turkish Armed Forces had cooperated with PKK and PYD during the relocation of the tomb of Süleyman Shah.