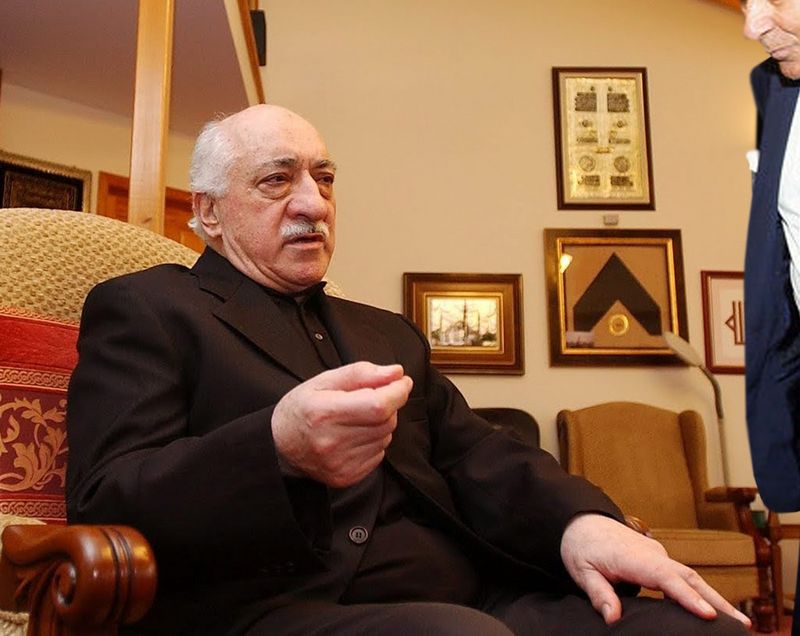 by Yüksel Temel Mar 24, 2015 12:00 am
It was reported on Tuesday that the U.S. based controversial imam Fethullah Gülen is the primary suspect in a prosecutor's indictment into cheating allegations in the Public Personnel Selection Exam (KPSS) held in 2010. He is also mentioned as the prime suspect in the illegal wiretapping activities by the alleged members of the movement.

So far 63 out of 82 people allegedly affiliated with the Gülen Movement have been detained on charges of cheating on the KPSS exams held in 2010. Those detained are suspected of being involved in the cheating scandal and some have reportedly fled the country to escape detention.

The prosecutor's office has been investigating the Social Security Institution (SGK) records of 350 people who answered all 120 questions correctly in the exam, and it has been discovered that many of them are affiliated with the Gülen Movement.

The Ankara Chief Prosecutor's Office released a statement on Monday relating to the investigation, saying: "In the history of the KPSS, although no one has ever previously answered all 120 questions correctly in the Educational Sciences part of the exam, in 2010, a total of 350 people gave a correct answer to 120 out of the 120 questions on the exam."

Out of 350 people, 70 of them are spouses, 23 are relatives and 52 have been living in more or less the same district apartment, address, building complex or street according to the statement. Given these facts, the prosecutor's office suspects that the aforementioned people managed to score full marks on the exam with the assistance of the Gülen Movement, which is accused of obtaining the questions before the exam and providing them to those who are now accused of cheating.

Fethullah Gülen, the leader of the Gülen Movement who lives in self-imposed exile in Pennsylvania in the U.S., is also sought as the number one suspect of the wiretapping investigation, and his movement is accused of infiltrating state institutions to allegedly topple the elected government.
The movement operates hundreds of schools in more than 140 countries around the world. Gülen schools in the U.S. have faced investigations for hiring more immigrant workers than Google and failing to properly use public funding in 2009, while the Gülen Movement is accused of mostly hiring Turkish teachers and paying them more than their American counterparts. A charter school of the movement was shut down in 2011 on charges of bribery.

Two charter schools affiliated with the Gülen Movement in Los Angeles were ordered to be shut down in July 2014 following an internal fiscal audit report by the district's inspector general. The schools' 450 students had to attend a different school the following school year.

In June 2014, the FBI raided 19 charter schools affiliated with the Gülen Movement in Ohio, Indiana and Illinois for reasons allegedly related to crimes linked to education contracts. The FBI refused to comment or give details about the investigation and indicated the investigation is being handled by the U.S. Federal Communications Commission (FCC) in cooperation with the U.S. Department of Education.

Turkey's ruling Justice and Development Party (AK Party), which is seeking to close Gülen schools around the world, is currently holding discussions regarding a plan to replace the schools with government-initiated establishments as part of its struggle against the Gülen Movement.

The Gülen Movement has over 140 private schools and charity organizations around the world including in the U.S., Europe, Asia and Africa. Some countries hosting Gülen schools have begun to question their mission, with some deeming its shadowy structure problematic. President Recep Tayyip Erdoğan has emphasized in no uncertain terms that the schools affiliated with the movement should be shut down, citing their alleged illegal activities, and has vowed to replace them with new schools supported by the National Education Ministry.