Turkey has an absolute share in liberation of Kobani, says KRG PM Barzani 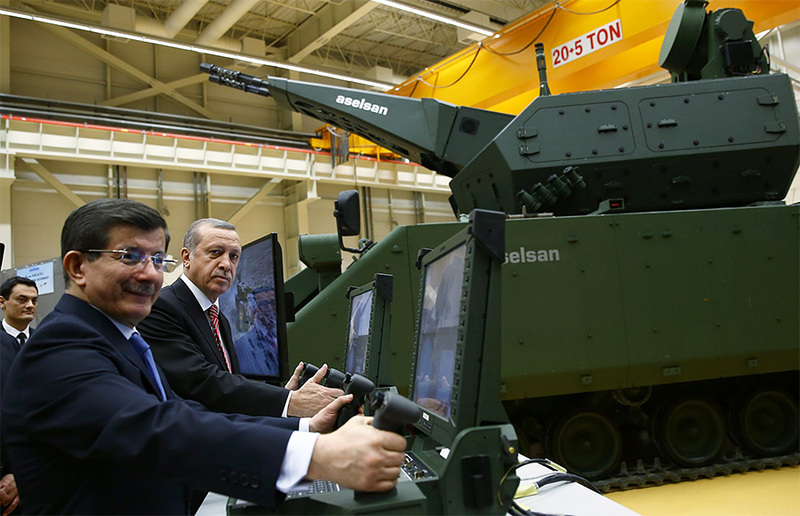 by Ayşe Şahin Mar 24, 2015 12:00 am
Kurdistan Regional Government (KRG) Prime Minister Nechirvan Barzani has praised Turkey's role in providing support in the fight against the Islamic State of Iraq and al-Sham (ISIS) in the fight to drive it out of Kobani, Syria. Although Turkey has been exerting considerable efforts to contribute to the U.S.-led coalition that was established to wipe out ISIS in Syria and Iraq, some Western media outlets, along with those close to opposition parties in Turkey, have been propagating the view that Turkey is sidelining itself in the fight against ISIS, and creating the perception that it is not actively involved in the coalition. Barzani has attempted to refute these claims in a new interview.

A Turkish daily recently published an interview with Barzani from the perspective that Turkey has not been taking an active role in the coalition. However, despite the questions of the reporter conducting the interview, Barzani said that Turkey has exerted major efforts against ISIS threat. Barzani said that President Recep Tayyip Erdoğan and Prime Minister Ahmet Davutoğlu hold a major share in the liberation of Kobani, a strategic Kurdish-Syrian town that was previously besieged by ISIS militants.

ISIS forces were driven out of Kobani by KRG peshmerga forces and the Democratic Union Party's (PYD) People's Protection Units (YPG) in January. The Turkish officials who first came up with the idea that Iraqi Kurds should join the fight against ISIS in Kobani by giving assistance to the YPG, allowed the peshmerga fighters to cross the border from Turkey. Turkey has also been in favor of training and equipping opposition forces in Syria against ISIS and the regime of President Bashar Assad, plans which were put into effect after Washington and Ankara signed an agreement in February.

Turkey has also been diligently guarding its borders against the threat of fighters moving in and out of its territory, and continues to be a key figure in the coalition, despite reluctance to launch military operations across its borders. In addition, Turkey has been hosting a huge number of refugees (nearly two million), who have fled both the civil war in Syria and ISIS in Syria and Iraq.

Barzani refuted claims that there is a lack of support from the government in his interview with Taraf Daily, and said that it is not true that Turkey has only marginally contributed to the coalition, in response to the question: "Why did the Turks do nothing."

"They sent us trucks of bullets and howitzers at the onset of the fighting, followed by a delivery of military clothes and other things," Barzani said, adding that Turkey also provided major support in the matter of taking refugees. He also said that Turkey has provided financial assistance to the KRG, which he said was $500 million last year.

"Another [$500 million] is on the way," Barzani said. He continued by praising Turkey's assistance: "[T]he biggest and most apparent gesture from the Turkish government has been its facilitation of the passage of peshmerga forces through its territory."

Ankara ensured secure and problem-free access to Kobani in the face of criticism during the battle for Kobani. Barzani said: "The efforts of Turkey cannot be disregarded. If Kobani was rescued, the Turkish president and prime minister have definitely played their part."
Last Update: Mar 24, 2015 11:25 am
RELATED TOPICS