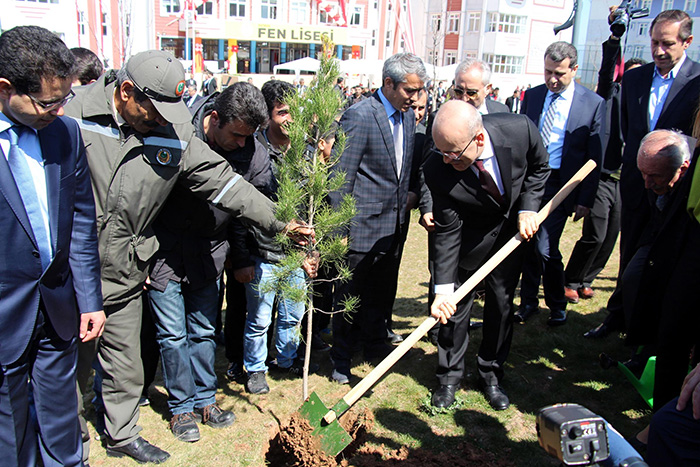 |Photo: DHA
by Mehmet Çelik Mar 26, 2015 12:00 am
The Minister of Finance, Mehmet Şimşek, has announced that Turkey will spend a fifth of its budget on education this year. He made the comments while visiting the southern province of Batman on Thursday, where he attended a series of events and the inauguration ceremony of a new high school building.

Speaking at the inauguration ceremony, Şimşek highlighted the importance of investing in education to guarantee the future success of Turkey.

"We have allocated 87.5 billion TL of the 2015 budget to education. With additional sources and allocation of funds, we will reach a minimum of 90 billion TL spending on education. This is approximately one fifth of Turkey's budget, and one quarter of the total tax income collected," Şimşek said.


Şimşek also attended a ceremony to celebrate newly purchased ambulances, which have been added to Batman's ambulance fleet. On his twitter account, Şimsek highlighted that Batman only had one ambulance in 2002 but it now has 45.