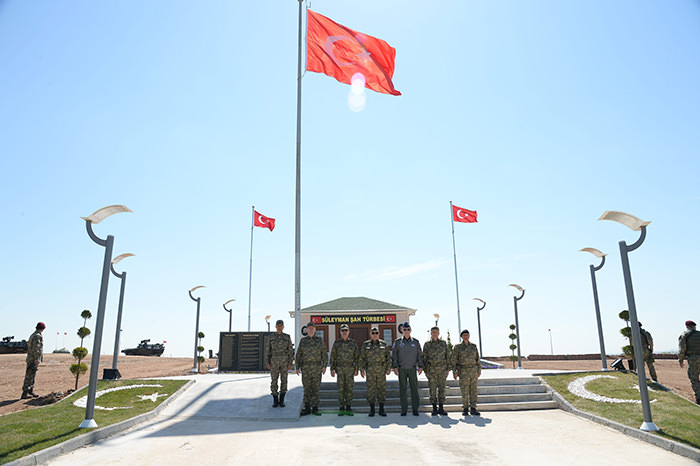 |Photo: DHA
by Anadolu Agency Mar 27, 2015 12:00 am
Turkey's most senior military commander visited the temporary Tomb of Süleyman Shah and Saygı Military Outpost in the Syrian village of Ashme on Thursday. The tomb was relocated from a Turkish exclave in Syria following the threat of attack by the Islamic State of Iraq and al-Sham (ISIS).

But the government ordered the tomb, which has a permanent honor guard of Turkish troops, to be moved due to security fears, as it was located in territory controlled by ISIS.

The army said that Özel inspected the new location of the tomb and talked to Turkish and Syrian residents in the area.

Turkey has already reburied the remains of Süleyman Shah on the site and hastily constructed the new mausoleum.