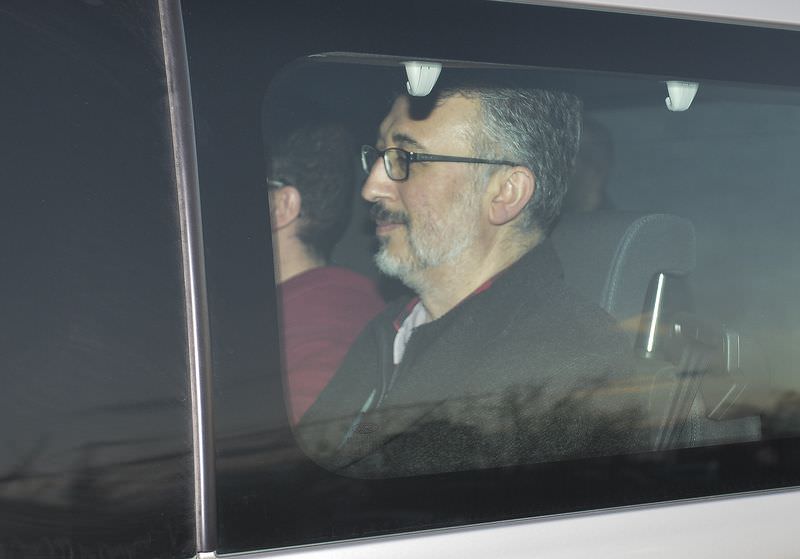 by Daily Sabah with AA Apr 01, 2015 12:00 am
A Turkish court has ordered the arrest three suspects, including Hasan Palaz, the former vice president of the Scientific and Technological Research Council of Turkey (TÜBİTAK) who is allegedly affiliated with the Gülen Movement, on Wednesday as part of the investigation into wiretapping the office of President Recep Tayyip Erdoğan during his tenure as prime minister.

The Ankara 11th Criminal Court of Peace gave the arrest order for the officials, who faced various charges of destroying, concealing or altering of criminal evidences and forgery of official documents in a case on the alleged bugging of Turkish President Recep Tayyip Erdoğan's office when he was the prime minister.

Palaz had already been in detention and was taken into custody on March 30 in the Gebze district of northwestern Kocaeli province. Later, he was transferred to the Ankara prosecutor's office for questioning.

Palaz's detention had come a day after two wanted policemen, Sedat Zavar and İlker Usta, were detained and sent to Metris prison in Istanbul.

The two police officers had fled to Romania to avoid being questioned as part of the ongoing wiretapping operation in Turkey. The pair was extradited from Romania at the request of Turkey on March 20.

Charges of "political spying" were brought against 13 suspects, including Palaz, at Ankara's Seventh High Criminal Court as part of the ongoing investigation.

The suspects are accused of eavesdropping on top officials and of disclosing information of a highly sensitive nature as well as "forming an organization to commit a crime and being a member of this organization," "violating privacy," "illegally seizing personal information" and "forging official documents." Prosecutors are seeking 21 years to 36 years in prison for the suspects.

The Gülen Movement, led by Fethullah Gülen, has over 140 private schools and charity organizations around the world including the U.S., Europe, Asia and Africa. It has been accused of infiltrating state institutions to gain control of state mechanisms, illegal wiretapping, forgery of official documents and spying.
Last Update: Apr 01, 2015 8:53 pm
RELATED TOPICS