Investigation launched into the bug found in Erdoğan’s office 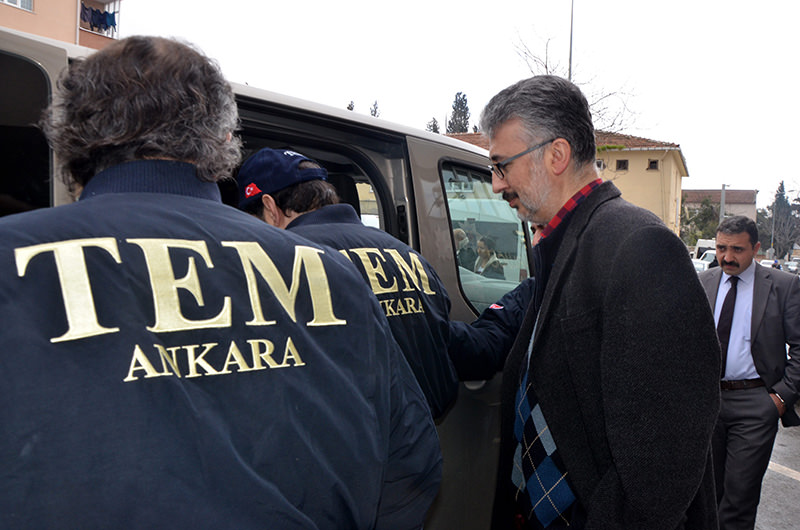 | AA Photo
by Anadolu Agency Apr 01, 2015 12:00 am
The two suspects in the investigation into the wiretapping of Erdoğan's office, former TÜBİTAK Vice President Palaz and Gökhan V., have been transferred to the court under the Ankara Chief Public Prosecutor's Office.

The suspects were taken to the court by the anti-terror police following their first interrogation in the police department.

Hamza T., another suspect taken into custody under the scope of the same investigation, was also sent to the court this morning.

A file was claimed against 13 suspects, including Palaz, for the wiretapping case in the Ankara 7th High Criminal Court.

It was stated in the indictment that the investigation was based on the "detection, on behalf of which country, organization or community they performed the organized and political-aimed espionage crime and other acts of wiretapping and violation of privacy".
Last Update: Apr 01, 2015 4:28 pm
RELATED TOPICS