US congressmen allege Turkey targeting US citizens with prosecution 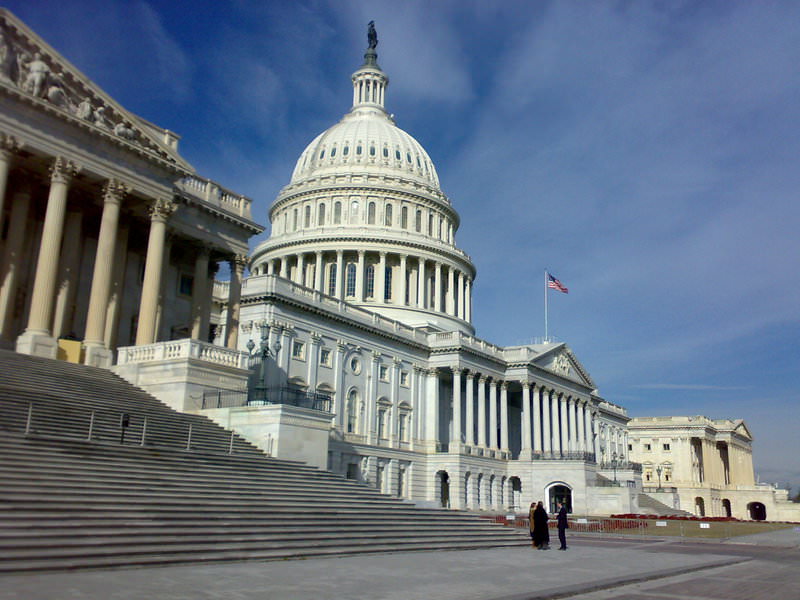 A recent letter signed by five congressmen and sent to U.S. Secretary of State Kerry last week, portrays the Gülen Movement's accelerated efforts to put the Obama administration at odds with Turkey, a NATO ally, through its connections in the U.S.

Facing pressure and disavowal at home for its criminal activities, the increasingly isolated Gülen Movement is stepping up its efforts in the U.S. to push back against the Turkish government by using its international identity in the U.S. Congress. The movement, which is accused of a range of crimes including a plot to topple the government and illegal wiretapping, is seeking to involve the administration of President Barack Obama in the battle being waged between them and Ankara, a recent letter signed by five congressmen and sent to Secretary of State John Kerry last week shows.

The letter, which is sponsored by Democrat Rep. Bill Keating urging Kerry and the U.S. State Department to create a new mechanism – "a formal dialogue" – with Turkey on media freedom and separation of powers, claims for the first time that Turkey's national security prosecutions against the Gülen Movement "had affected many U.S. citizens and their relatives" without citing any name or source.

This is the third letter from U.S. members of Congress on Turkey that was allegedly sponsored by the Gülen Movement, which is led by the Pennsylvania-based controversial imam Fethullah Gülen, which relocated its notable media figures and senior imams to the U.S. from Turkey in recent months. A State Department official declined to comment on the claim that U.S. citizens have been targeted by national security prosecutions in Turkey and referred the Daily Sabah to the offices of representatives Ed Royce, Eliot Engel, Adam Smith and Tom Rooney who signed the March 27 dated letter. A source at Keating's office did not specify which American citizens were involved in prosecution, but pointed to the fact that national security-related charges had a long history in Turkey that go well beyond the current administration. "Congressman Keating, along with other members, received enough cases and requests related to this issue that the members felt motivated to mention them in the letter," the source said.

The Gülen Movement is well-known for its education activities in the U.S. with a network of more than 130 schools around the country that were mostly built after Gülen emigrated to the U.S. in 1999. Gülen's disciples followed their leader and moved to the country by marrying U.S. nationals, investing in businesses and applying for green cards and special visas.

According to 2012 and 2013 figures, Gülen schools have around 60,000 pupils in the U.S. and receive an average of $10,608 in state funding per student. The annual sum of public funding for the 130 Gülen schools, with names such as Cosmos, Pioneer, Harmony, Magnolia and Horizon, total $636.48 million. These funds are then used by affiliated companies so that the movement profits from both education and business activities. Contractors affiliated with the movement are used to build and equip the schools, and teachers who are members of the movement are brought over from Turkey with special visas. These teachers allegedly hand over most of their wages to the movement.

The movement has been accused of funneling large sums of money to U.S. politicians with an outstanding $2 million contributed to a variety of candidates from Obama to former Texas Republican Governor Rick Perry. The movement organized free trips to Turkey for members of Congress and state lawmakers that cost over $3 million between 2000 and 2014, a LegiStorm search previously showed.

This campaign bolstered the support of the movement in Congress with active lobbying, and now it poses itself as representatives of the Turkish-American community.

The source at Keating's office also said that they could not provide information, as their office policy is to not release names and personal details of constituents who have sought their assistance.

However, it is a possibility that they might have implied Gülen as a person affected by national security prosecution in the letter with the issuance of a third arrest warrant for him by Turkish courts in recent months. Gülen, who obtained a green card in 2008 following an unpleasant court battle, is eligible to be granted U.S. citizenship if he meets the criteria, according to the legal experts.
Last Update: Apr 02, 2015 2:20 am
RELATED TOPICS