PM Davutoğlu: Necessary measures to be taken in courthouses 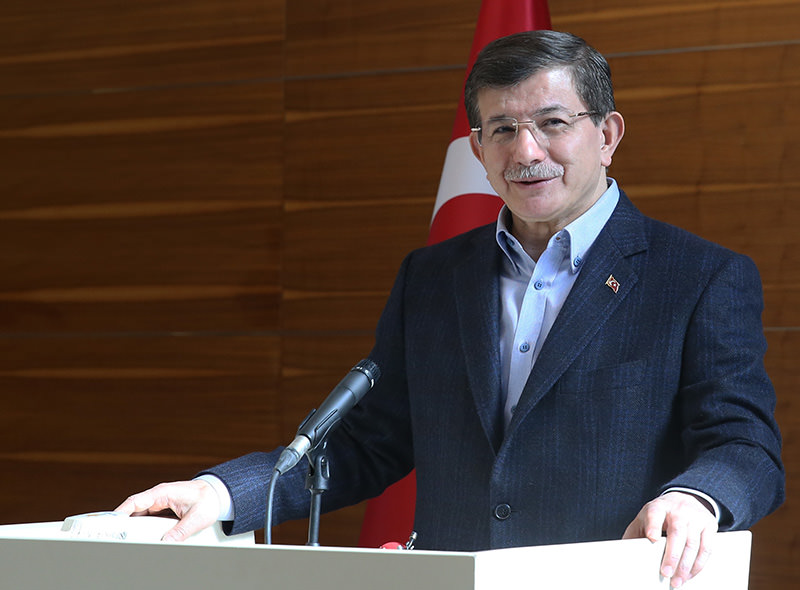 | AA Photo
by daily sabah Apr 04, 2015 12:00 am
The prosecutor's murder has shown that additional measures, to ensure both lawyers' and private security guards' safety and rights, should be taken, said Prime Minister Ahmet Davutoğlu answering press questions on Saturday.

The investigations into the prosecutor's murder are still being carried out considering every possibility, Davutoğlu added, regarding the killing of prosecutor, Mehmet Selim Kiraz, during the hostage crisis at Istanbul's Çağlayan Courthouse.

"We have found out that some of the terrorists have international connections. Our intelligence units are working hard and at least 50 have been detained within the scope of investigations. We will catch them in any case. The investigation will be deepened and the murderers will definitely account for this incident."

Davutoğlu stated, "Some regulations to protect public buildings are on the agenda. Necessary steps needs to be taken at this point without invading rights of those who work in private security units," adding that the Interior Ministry and relevant units has begun to work on private security,

In answering a question on searching lawyers at the courthouse entrances Davutoğlu commented, "We have complete confidence in our judicial members and it is not a measure against lawyers, it is against terrorism under the name of "attorneyship". It is also beneficial for the lawyers' safety as it will prevent some people from using fake lawyer identity. It is not acceptable to pretend as if this murder had not occurred and two terrorists that killed our prosecutor had fake identities and were wearing lawyer robes. We have to provide safety and we are determined to do it. Security forces will carry out body searches in the most modern and kindest way."

Prime Minister also showed strong reaction against the publication of the picture of the prosecutor with a gun on his head and said, "Victim's picture was published openly and we cannot accept it. The victim has a family. Those media outlets should ask themselves what the family felt when they saw the picture. No one has right to do it. It is an intolerable irresponsibility, not freedom of press. We have witnessed the same irresponsibility in critical times such as September 12 coup and February 28. We have seen what they wrote when Ahmet Kaya died. No one can teach us democracy."

Davutoğlu added that they will present the candidates and AK Party's declaration for June 7 election on April 14-15.
Last Update: Apr 05, 2015 1:02 pm
RELATED TOPICS