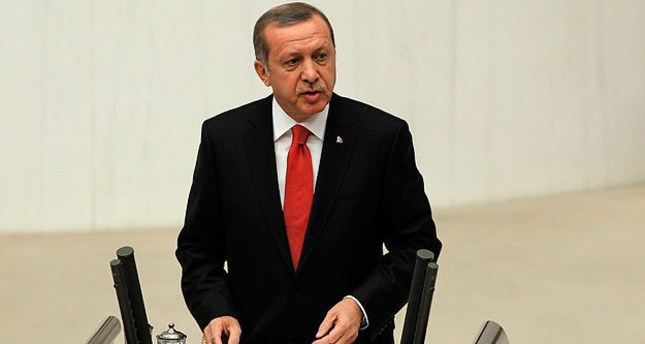 by daily sabah Apr 05, 2015 12:00 am
Turkish President Recep Tayyip Erdoğan celebrated the Easter Holiday for Turkey's Christians and the Passover Holiday for the Jews on Sunday.

"We give the utmost importance that people are not discriminated based on their religion, language, and ethnicity, that they can live their culture, customs and beliefs freely," he said. Turkey is able to do this, since it is an ancient civilization that sees 'differences' as richness, according to Erdoğan.

"In accordance with this understanding, I congratulate all Christians' Easter Holiday, particularly our Christian citizens with whom we live together in peace, and I send greetings to them all with warmth," the President further said in his message.

The President has also sent greetings to Jewish families in Turkey, celebrating their Passover holiday, in a separate message.

He said, "Passover, which symbolizes Jews' emancipation from slavery in [ancient] Egypt, is one of the most important religious holidays of Judaism."

"Due to the Passover holiday, I send my congratulations to all Jews, particularly our Jewish citizens with whom we also live together in peace," Erdoğan further stated in his message.