HDP to announce two election manifestos, one for women, one nationwide 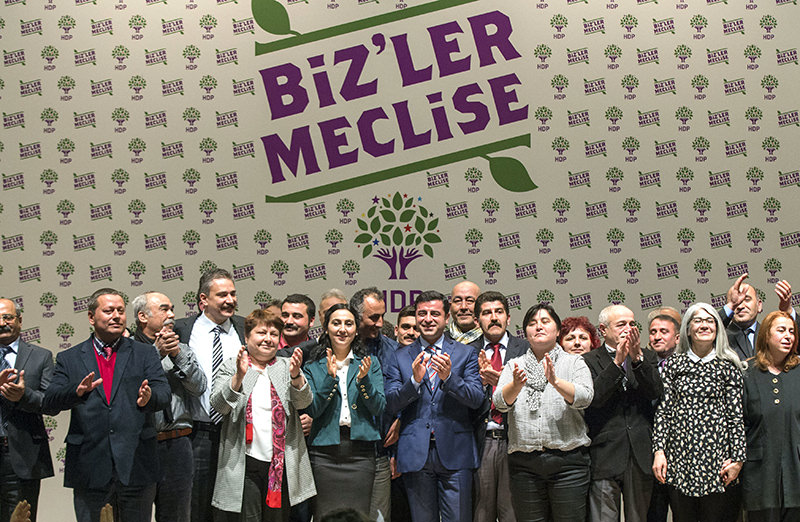 | AA Photo
by Sena Alkan Apr 10, 2015 12:00 am
People's Democratic Party (HDP) Co-Chair Selahattin Demirtaş has introduced the HDP deputy candidates for the upcoming general elections at a meeting held in Ankara on Friday. Touching on the party's election campaign, Demirtaş said: "We will manage the process based on good relations. No one is our enemy but political dissidents."

The HDP candidate-list includes many figures from Turkey's Alevi community leaders as well as Armenian-origin Turkish citizens. Among the four major parties, the HDP has nominated the most female candidates with 268 out of a total of 550 candidates, followed by the main opposition Republican People's Party's (CHP) with 103 candidates.

Apart from the meeting held in Ankara to introduce the deputy candidates, the party's election manifesto will be announced in a meeting to be held in Istanbul on April 21. Reportedly, the HDP has two different election manifests – one for women in the country and the other for the nation as a whole.

The pro-Kurdish political line, currently represented by the HDP, is used to run for parliamentary seats with individual independent deputy candidates in earlier elections in order to bypass the 10 percent election threshold, but in the upcoming June 7 elections, the HDP will, for the first time ever, enter the race as a unified party. With its vote hovering around 10 percent, the HDP's ability to have seats in Parliament will be one of the most attention-grabbing issues in the upcoming election.