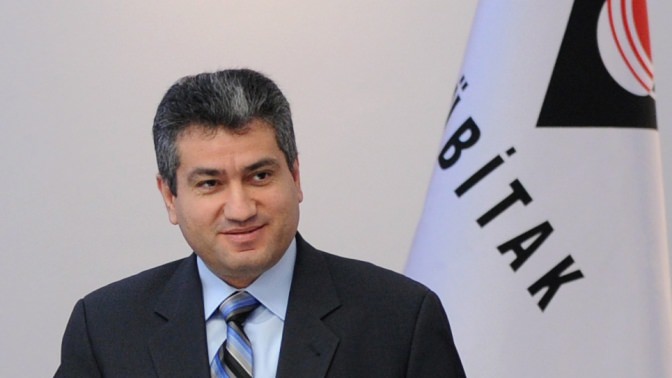 by Daily Sabah with AA Apr 10, 2015 12:00 am
Prof. Yücel Altınbaşak, president of Scientific and Technological Research Council of Turkey, TÜBİTAK, has decided to step down, Turkish Minister for Science, Industry and Technology Fikri Işık announced Friday.

Speaking at a TV interview on private news channel A Haber, Işık said that Altunbaşak had not been sacked, he offered his resignation as a result of a mutual agreement.

"As a matter of fact, our TÜBİTAK president is a very good academic and he provided great services to the TÜBİTAK. Yet after some time and because of the allegations over wiretapping governmet officials, we saw the necessity to bring some fresh changes that may address the concern about the slow work at the agency; therefore, we talked about ending his duty in accordance with a mutual agreement."

The minister highlighted that the research council was a vital agency for scientific and technical research in Turkey. "We reached this decision with Mr. Altunbaşak in accordance with his own will and a mutual agreement."

Altunbaşak's replacement is yet to be decided.