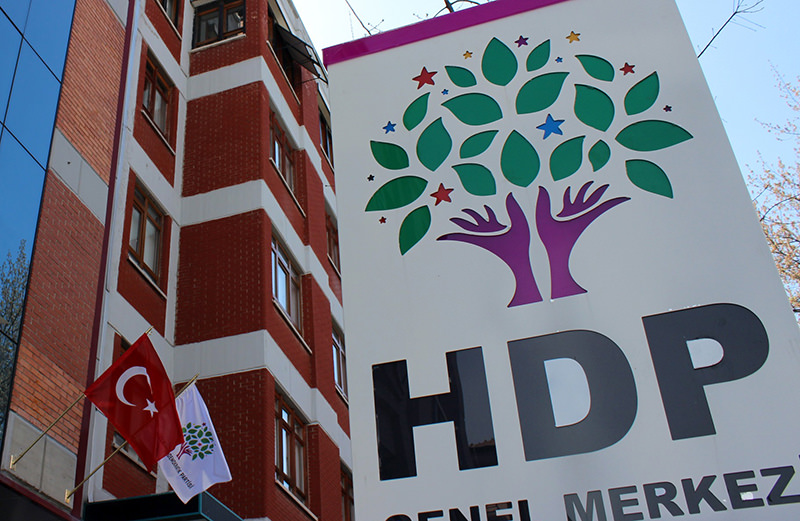 | IHA Photo
by daily sabah Apr 20, 2015 12:00 am
President Recep Tayyip Erdoğan has condemned an attack carried out against the HDP headquarters on Saturday.

"Those who perpetrate treacherous attacks targeting the peace, stability and democracy of Turkey will never prevail" Erdoğan said.

On Saturday, gunshots were fired at the pro-Kurdish Peoples's Democratic Party (HDP) headquarters located in Çankaya district of Ankara, leaving bullet holes on the signboard and the walls.

Prime Minister Davutoğlu had also condemned the attack, writing on his Twitter account, "I condemn the attack perpetrated against the HDP. We are doing our best to capture those who are responsible."

"It is clear that this attack, like any other previous attacks, targets our democracy and stability. I call on all the parties to take a common attitude against violence (...) anywhere in Turkey," he said.

Deputy Prime Minister Yalçın Akdoğan also said the government will always condemn such attacks regardless the source and its aims.

One of the two suspects has been arrested on charges of causing panic among public, while the other has been released on the condition of judicial control on Sunday.