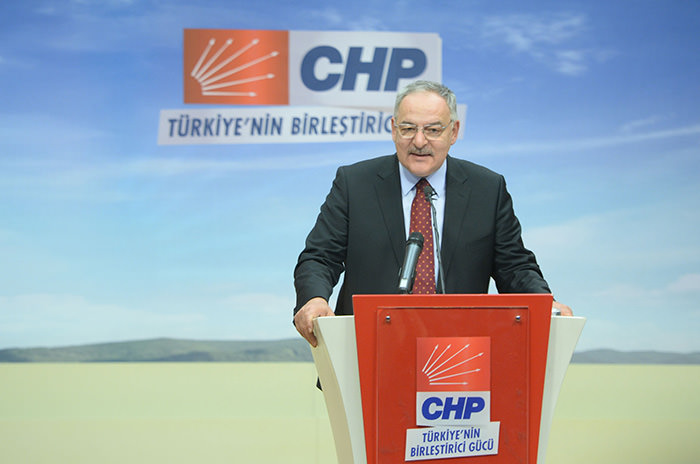 by Merve Aydoğan Apr 22, 2015 12:00 am
Main opposition Republican People's Party (CHP) Deputy Chairman Haluk Koç praised the ruling Justice and Development Party (AK Party) on the party's Twitter account on Tuesday for its accomplishments over the last 13 years of governing, in efforts to show the CHP's line included in its electoral manifesto. Within the CHP's recently announced election manifesto, the opposition party included many promises for the economy and aims to follow a discrete course of action for the upcoming June 7 general elections.

The CHP election manifesto includes reducing diesel prices used in agriculture to TL 1.5 per liter ($0.63), one-third of its current price. In addition, increasing the minimum wage from TL 949 to TL 1,500 has been one of the most striking election promises listed regarding economic considerations. "We will strengthen the social state. I call on the 17 million poor citizens who make less than TL 200 a month. I promise there will not be any poor people in Turkey in four years," CHP Chairman Kemal Kılıçdaroğlu said during a meeting in Ankara on Sunday. The party proposes family insurance as a solution in its election manifesto, and says that no family will have an income of less than TL 720 per month.

Some citizens and government officials have questioned the financial sources the CHP would access in order to achieve these promises. Claiming that the CHP's election promises are unrealistic in terms of financing, Finance Minister Mehmet Şimşek said that if they can prove where they will get the money, he would vote for the CHP. Kılıçdaroğlu and CHP officials have been making efforts to demonstrate the feasibility of the promises in its manifesto. Koç has shared a diagram on his personal Twitter account that has been retweeted on the CHP's official account, which displayed the AK Party's economic accomplishments. The diagram has the caption: "These sources are already available in Turkey," outlining that while 57 different governments in Turkey accumulated only $779 billion in 79 years, the AK Party has accumulated nearly $2 trillion in 13 years. Some of Koç's Twitter followers responded to his tweet by saying that it is a reason to vote for the AK Party and urged him to delete his post.
Last Update: Apr 22, 2015 4:13 pm
RELATED TOPICS