Turkey reaches out to Armenians for 1915 commemoration 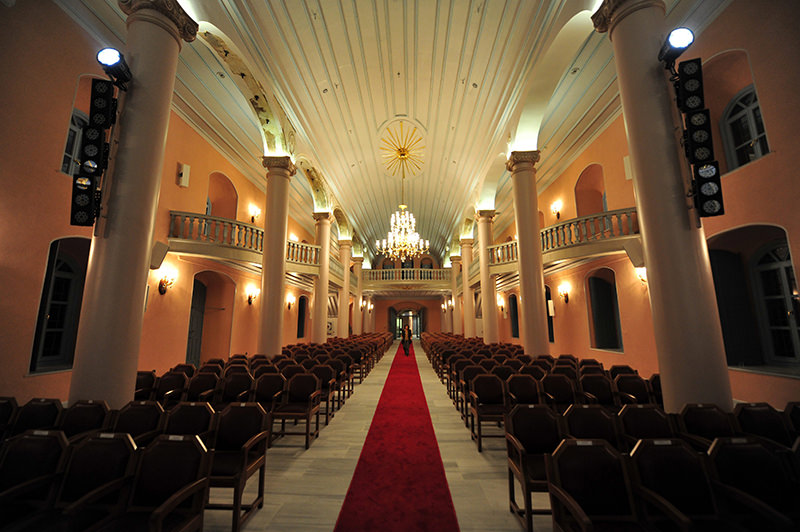 by daily sabah Apr 23, 2015 12:00 am
The Surp Asvadzadzin Church in Istanbul's Kumkapı district will host a landmark memorial service on Friday. The Armenian Patriarchate of Constantinople, for the first time, will celebrate a Divine Liturgy there for the Armenians who died 100 years ago during their forced deportation from Anatolia in WWI. What makes the memorial service unique is the participation of a government minister. EU Minister and Chief Negotiator Volkan Bozkır is expected to represent the government at the ceremony.

Although it may seem a simple memorial service for those not aware of the background, it means much more for both Turks and Armenians.

The centenary of the deaths during forced deportation was preceded by the annual call by the Armenian diaspora for Turkey to recognize the deaths as genocide, a term the Turkish government officially refuses. Yet, unlike previous administrations, the Justice and Development Party (AK Party) government adopted softer rhetoric in response to this call. It still objects to the definition of incidents as genocide as the dispute over how the Armenians died and claim how many had perished is still unresolved. Turkey says the issue is politicized and repeatedly calls for a scientific approach, urging objective historians to retackle the issue, offering Ottoman archives for research.

However, in the past two years, the Turkish government has also tried to reach out to Armenians by offering its sympathies for their losses 100 years ago. Last year, while prime minister President Recep Tayyip Erdoğan extended his condolences to the grandchildren of Ottoman Armenians who lost their lives in the 1915 events. This year, his successor Prime Minister Ahmet Davutoğlu reiterated the condolences ahead of the centenary today, and in an unexpected move, announced Turkey will honor the deceased Armenians in a ceremony at the Armenian Patriarchate of Constantinople.

"As descendants of nations with different ethnic and religious origins who endured these sufferings amid the conditions of WWI, we understand what the Armenians feel. We remember with respect the innocent Ottoman Armenians who lost their lives and offer our deep condolences to their descendants. It is both a historical and humane duty for Turkey to uphold the memory of Ottoman Armenians and Armenian cultural heritage," Davutoğlu said in his message.

He also underlined how meaningful it would be "if Turkey and Armenia had been able to commemorate Ottoman Armenians together with a ceremony that befits both nations."

Speaking to Hürriyet newspaper, Archbishop Aram Ateşyan, patriarch of the Armenian Orthodox Church, had expressed his pleasure at Davutoğlu's statements and participation of a government minister to the memorial service that meant "our pain is common."