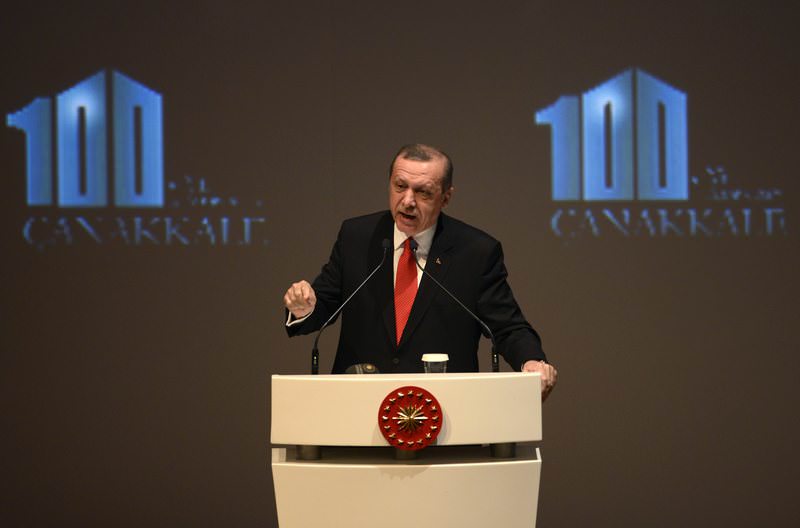 by daily sabah Apr 23, 2015 12:00 am
President Erdoğan said on Thursday that Turkey is ready to open up all of its archives including the military archives in order to settle the controversy between Armenia and Turkey over the 1915 events.

Speaking at the Peace Summit held as part of the centenary commemorations for Battle of Gallipoli, Erdoğan said that during his twelve years of Prime Ministry post and as the President of Turkey, he has continuously told the European Union that Turkey is ready to share its documents about World War I in the archives.

Erdoğan reiterated that historical documents about the 1915 events were open to all for analysis and called on Armenia and other countries to open their archives as well.

During the speech, Erdoğan called the Armenian claims concerning the 1915 events baseless, and said that resolving the Armenian issue should be handled by historians rather than parliaments and governments.

He also underlined that Turkey has no problem with the people of Armenia, and the controversy was caused by the Armenian diaspora and said that he believes that the two countries will find a common ground to resolve the issue.

The year 2015 marks the 100th anniversary of the battle in the Dardanelles Strait in Canakkale province's district of Gallipoli, which served as a turnaround in favor of the Turks fighting in World War I against the Allied Forces.

Commemorations are taking place around the world this week to mark the 100th anniversary of the battle, predominantly in Australia and Turkey, which suffered the brunt of the casualties.