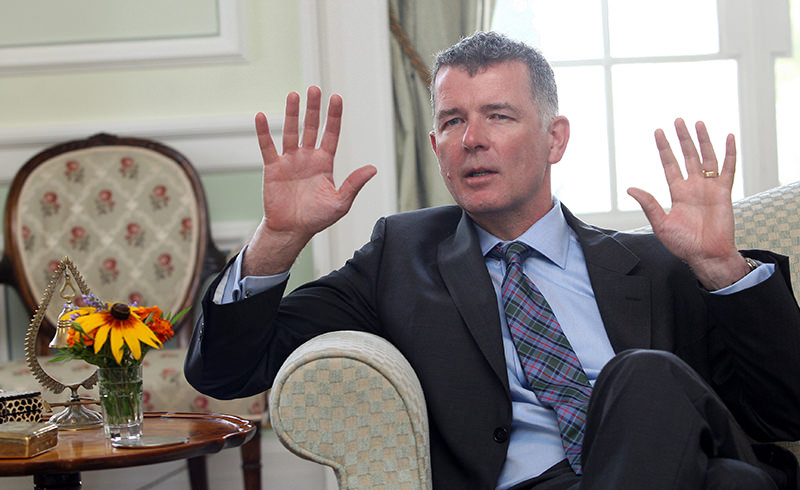 by daily sabah Apr 27, 2015 12:00 am
Richard Moore, the British ambassador to Ankara refuted the notorious Gülen Movement-linked Twitter account @FuatAvni, which implied Moore has connections with those who are behind the account.

The ambassador refuted the allegation on his personal Twitter account, saying that all the claims are fabricated. "The claims mentioned here are absolutely absurd and the part written by quoting me is solely fabricated," Moore tweeted on April 23 in Turkish.

Last January, the Ankara Gölbaşı Public Prosecutor's Office launched an investigation into the user or users of the @FuatAvni Twitter account for violating the privacy of the investigation into illegal wiretapping activities allegedly carried out by members of the Gülen Movement, in government positions in institutions such as the judiciary and police.

Furthermore, last February, the Ankara Public Prosecutor's Office launched a probe into allegations of an assassination plot against the president's daughter, Sümeyye Erdoğan. The claimed attempt was unveiled in alleged texting between main opposition Republican's People Party (CHP) Istanbul Deputy Umut Oran and the @FuatAvni Twitter account, which is claimed to be controlled by Gülen Movement-affiliated columnist Emre Uslu. Turkish media outlets reported that Uslu, a former police officer and a well-known figure of the Gülen Movement, is behind the controversial social media account.