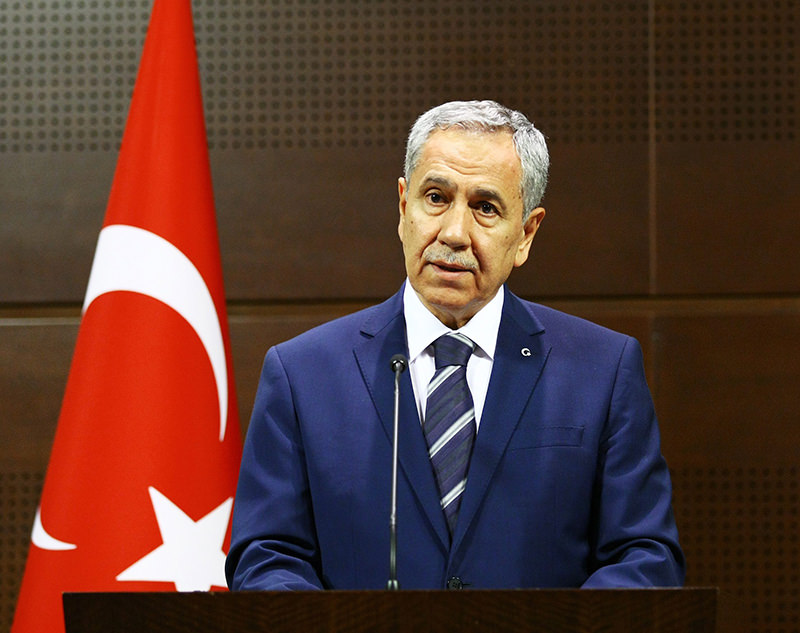 by Anadolu Agency Apr 28, 2015 12:00 am
Judicial attempts to free a senior media executive and 75 others held on charges related to a Gülen Movement linked investigation was a "theft of authority," Turkey's Deputy Prime Minister Bülent Arınç said on Monday.

Arınç was referring to the decision by two judges in Istanbul to free Hidayet Karaca, chairman of the Samanyolu Media Group –affiliated with the Gülen Movement- and 75 others, including senior police officers.

"The penal court of first instance decided to discharge the suspects," he told a press conference he held after Council of Ministers meeting in Ankara. "However, this case is within the field of the penal court of peace, which declared the decision null and void.

"This is something that is probably seen for the first time in judicial history. The decision, which is to be made by the judge of the penal court of peace, is made by someone who is not authorized to do so. It may be called a theft of authority."

On Saturday, Metin Özçelik, the judge in the 29nd Penal Court of First Instance, ordered the men's release but prosecutors refused to hand over their files, saying the court did not have the authority to make such an order.

The case then went to the 32nd Penal Court of First Instance, where Judge Mustafa Başer also agreed to release the suspects.

Both decisions were later overruled by Istanbul's 10th Penal Court of Peace and Özçelik and Başer were suspended by Turkey's top judicial board.

Karaca has been held in detention since his arrest on Dec. 14 last year on terrorism charges in an operation carried out in 13 provinces.

They are allegedly part of the Gülen Movement, which is seeking to undermine the Turkish government, which is said to have been behind the bugging of high-profile political figures in December 2013.

He added: "We, as Turkey, certainly do not interfere in TRNC's domestic politics and affairs."

Arınç also stated that Turkey-TRNC relations were as a "motherland-foster land" one which proved that they were close and deep.