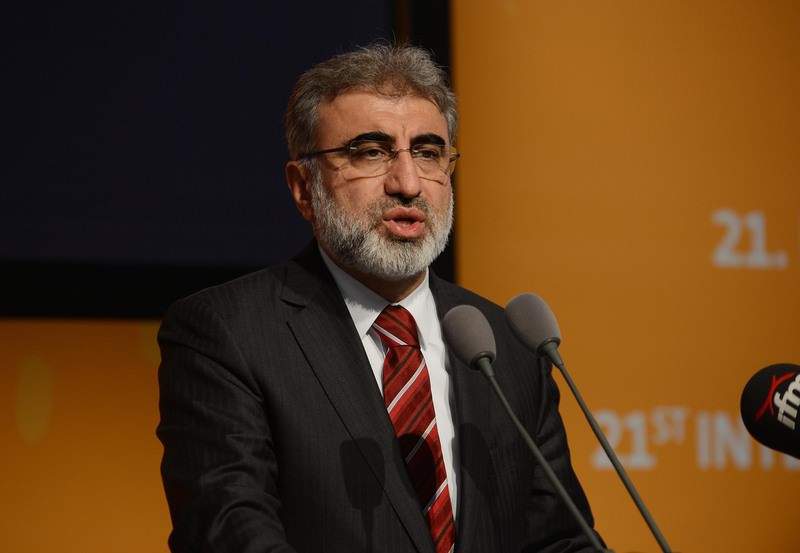 by Anadolu Agency May 07, 2015 12:00 am
Turkish energy minister has denied opposition claims that Turkey will send troops into Syria within two days.

Tekin told the daily: "Turkey will send troops to Syria either tomorrow evening or the following day," adding the information had come from a "very reliable source."

But Yıldız rejected Tekin's claim and called him to reveal his sources.

"Reveal your sources. We suggest him to reconsider his sources," Yıldız said in Ankara during a press conference.

Tekin also said he hoped the allegations were not true.

He said: "I am openly calling on Mr. Prime Minister [Ahmet Davutoğlu] and Mr. Foreign Minister [Mevlüt Çavuşoğlu] ... please rule out what I am saying as a false claim.

"We want to hear from you that no such plan exists and cannot happen."

FM Çavuşoğlu said on May 2 that Turkey would start a "train-and-equip" program for Syrian fighters on May 9, along with U.S. involvement, to enable them to fight ISIS and the regime of Syrian President Bashar al-Assad.

Clashes between Iraqi forces, Syrian opposition factions and ISIS have been ongoing since June 2014, when the militant armed group seized Mosul and other territories in Iraq, as well as in Syria.

The move prompted the U.S. to form an international coalition which has launched numerous airstrikes against Daesh targets in both Iraq and Syria since August.

Turkey and the U.S. inked a deal on February 19 to train-and-equip Syrian opposition forces which aims to achieve a political transformation in the war-torn country on the basis of the Geneva Communique.

Çavuşoğlu said that about 2,000 Syrian fighters would take part in the program in Turkey, starting in early March.