Turkey, Saudi and US agree on a Syria without Assad 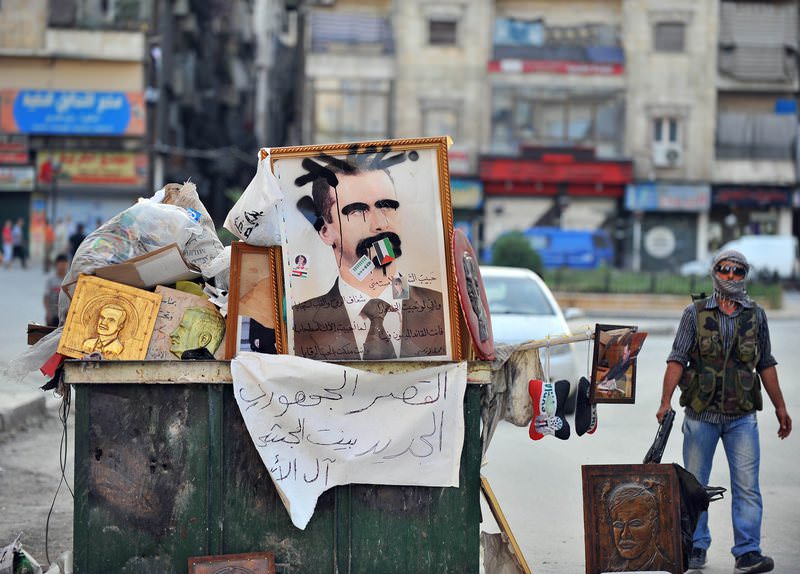 by Daily Sabah May 07, 2015 12:00 am
Turkish officials reiterated that together with Saudi Arabia and the U.S., it will continue to support moderate Syrian opposition groups and deem extremist groups as a serious threat for the war-torn region.

Commenting on the Associate Press article claiming that Saudi Arabia and Turkey have come to a deal to unite opposition groups in Syria, including al-Qaida-linked Nusra Front to tople al-Assad, Turkish Foreign Ministry spokesperson Tanju Bilgiç told Daily Sabah that Ankara will only support moderate groups – which it already started to train with the U.S. – and that extremist organizations are a serious threat to the region.

The only cooperation between Turkey and Saudi Arabia regarding Syria is the train-and-equip program, Bilgiç said.

The train-and-equip program for moderate Syrian opposition forces is scheduled to begin on Saturday, Foreign Minister Mevlüt Çavuşoğlu recently told Daily Sabah. Due to the time taken to form fighting units as well as transportation of weaponry, the program will commence three months after the signing of the agreement in February.

"There are no political or any other kind of issues. At first, 300 people will be trained, followed by the next 300. By the end of the year the number of trained and equipped fighters will reach 2,000," Çavuşoğlu said. He further added that the U.S. and Turkey share the view of a Syria without President Bashar Assad. "But for now, the fight is a priority for the U.S.," the foreign minister said, adding that the trained-and-equipped Syrian opposition groups will fight both the Assad regime and ISIS.

The Free Syrian Army has long been asking for more assistance in its fight against the Assad regime. There has been heavy fighting recently in northern Syria. The FSA still control parts of Aleppo, though government and its allied forces have been closing in. Turkey has continuously stated that a comprehensive strategy that includes safe and no-fly zones in Syria along with training opposition groups, is necessary for a permanent solution in the war in the neighboring country.
Last Update: May 08, 2015 10:55 am
RELATED TOPICS