Peace talks between Turkish, Greek Cyprus to resume on May 15: U.N. envoy 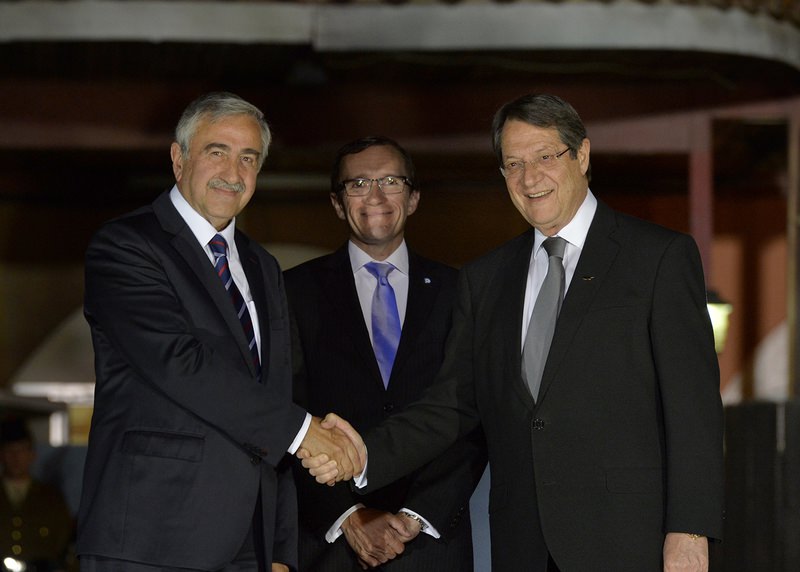 by Anadolu Agency May 11, 2015 12:00 am
Peace negotiations over Cyprus between the Turkish Cypriot and Greek Cypriot administrations are to resume on May 15, the U.N.'s Special Advisor Espen Barth Eide has said.

Eide's remarks came on Monday after a meeting between Turkish Cypriot President Mustafa Akıncı and Nicos Anastasiades, the Greek Cypriot leader, on the island.

He said the two leaders would decide on May 15 as to how and how often the negotiations would continue.

Eide said the meeting was held in a "very" positive atmosphere and the two leaders agreed to support the process in "a strong and resolved way."
The peace talks have been on hold since October.

Turkish Cypriots and Greek Cypriots have tried to find a comprehensive settlement to renew their partnership since a joint government on the island collapsed in 1963.

The island has been divided into a Turkish Cypriot government in the northern third and a Greek Cypriot administration in the southern two-thirds after a 1974 military coup by Greece was followed by the intervention of Turkey as a guarantor power in Cyprus.

Peace talks were unilaterally suspended by the Greek Cypriot side last October after Turkey issued a navigational telex on behalf of the Turkish Republic of Northern Cyprus for seismic research off the coast of Cyprus.