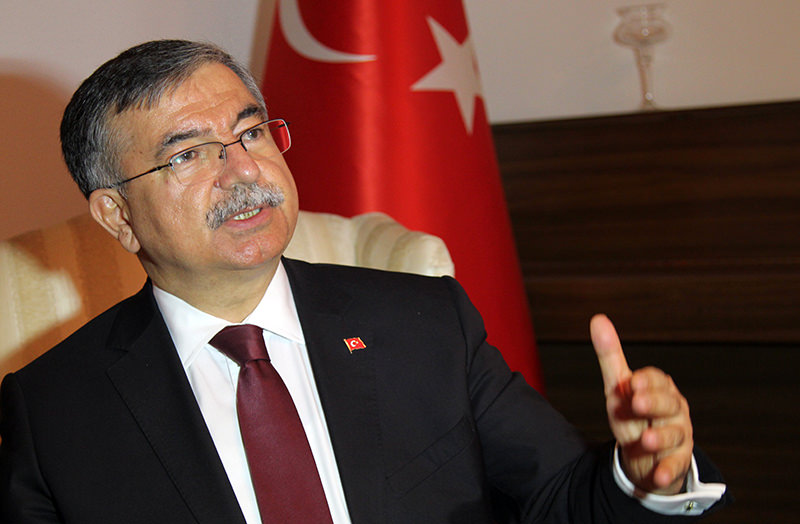 by Nurbanu Kızıl May 13, 2015 12:00 am
Turkish Defense Minister İsmet Yılmaz has announced on Wednesday that investigations have been launched following reports about the existence of Gülen Movement affiliated suspects within the military.

"Both administrational and legal investigations have been launched over allegations about the existence of over 1,000 Gülen-linked suspects in the military" Yılmaz said.

The Turkish defense minister noted that the Turkish Armed Forces (TSK) is a national army and its national character is a symbol of strength and confidence of 77 million citizens in the army. "Therefore, the national character of the army should not be altered under any circumstances" Yılmaz added. He elaborated on this by saying that such alteration would mean the army would receive their instructions from external structures rather than officials, posing a direct threat to its legitimacy towards the nation.

Yılmaz said that the Gülen Movement has been defined as a national security threat in the Red Book (which includes a list of enemies of the state) following the National Security Council meeting on April 29 and stated that the necessary procedures will be followed once the investigations are finalized.

He stated that the investigation regarding the exposure of confidential information unlawfully obtained by Gülenist suspects during the Cosmic Room meeting is still ongoing and warned: "Can they repeat such an action from now on? Yes they can" and compared the Gülen Movement to a counter-intelligence organization.

Yılmaz also stated that 73 military officers have returned to their posts following the Sledgehammer (Balyoz) and Ergenekon coup trials.

The Gülen Movement is a transnational movement led by the controversial U.S.-based imam Fethullah Gülen who lives in self-imposed exile in rural Pennsylvania. It is accused of wiretapping thousands of people including Turkish government officials and encrypted phones, and recording and exposing confidential state meetings.