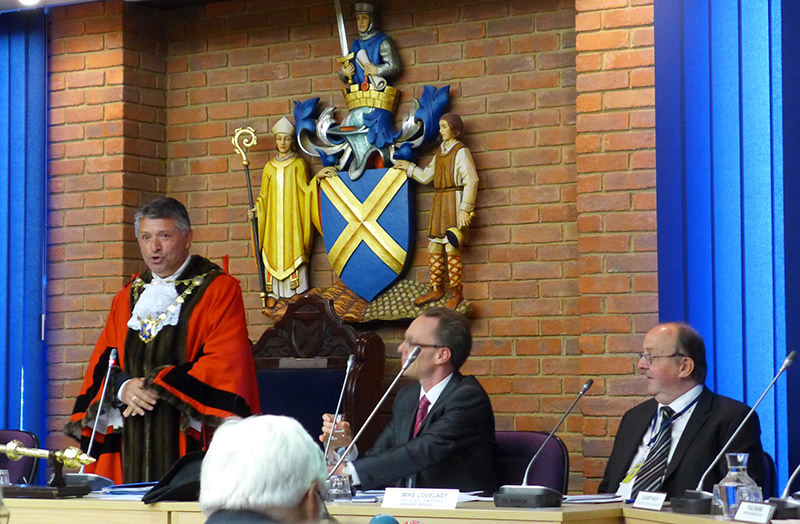 | AA Photo
by Daily Sabah May 21, 2015 12:00 am
After local elections were held in Britain two weeks ago, Turkish-born Mehmet Salih Gaygusuz was elected as mayor of the city of St. Albans from the Conservative Party beating out eight different candidates. Gaygusuz took his certificate of election and began work at his post following a handover ceremony held on Wednesday. Gaygusuz pledged to support local charities in his speech after starting his official duty.

The mayor was born in Turkey's Gümüşhane in 1956 and migrated to Britain in 1972. He went into politics in 2006 after being elected as a council member for St. Albans, before he was elected as the city's new mayor in the local elections on May 7. After being elected, he said, "I had no Turkish electorate. It's a proud thing to be elected by fully British votes."

Gaygusuz said, "In a place where not a single Turk is living, Mehmet Gaygusuz is elected as councilman and then, carried out this duty and this life for three terms. Our friends, fellows, those who know and trust us with the group of the Conservative Party, approved us. They deemed us worthy of being in this office and elected us. From now on, we will make good things here and we will continue our duty."

In the handover ceremony, both members from the Union of European Turkish Democrats and Turkish media correspondents attended with Turkish citizens who live in the U.K.