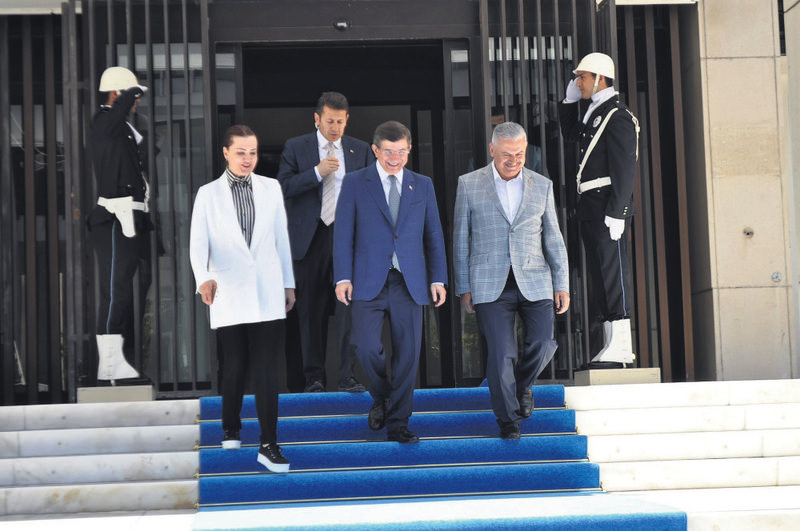 "Our political will is to make İzmir a decision-making point of our government. With this objective, along with Ankara and Istanbul, İzmir will be an important decision-making center for us," said Davutoğlu.

The western coastal province is a reflection of the nation's western horizon and is the point where in history Turkic tribes arrived and spread to the Mediterranean and Europe, Davutoğlu said.

Following the completion of his visit, İzmir Mayor Aziz Kocaoğlu held a meeting with Davutoğlu before his departure for the Aegean province of Manisa.

The ruling Justice and Development Party (AK Party) argues that İzmir's CHP municipal leadership has not taken the steps necessary to develop İzmir and has allowed the city to be mired by problems related to trash collection and transportation. The city is known as a stronghold of the center-leftist CHP.

Turkey's third largest city continues its 12-year run as a stronghold of the CHP, by giving around 50 percent of the votes to the party's mayoral candidate Kocaoğlu in the March 30, 2014 local elections.

Former transport minister for the ruling AK Party and Izmir mayoral candidate, Binali Yıldırım, said after the elections that although the party, with 36 percent of the votes, did better than the 2009 local election percentage of 29, he still views the result as a "failure."
Last Update: May 24, 2015 8:23 pm
RELATED TOPICS