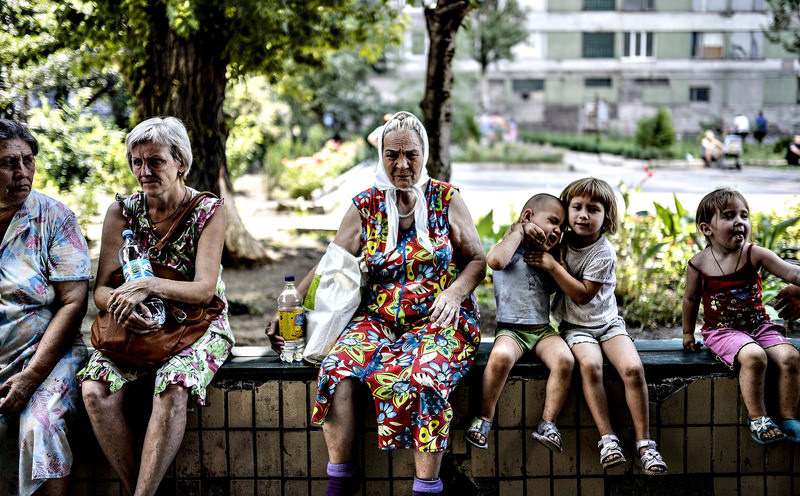 by Daily Sabah with AA May 25, 2015 12:00 am
The Turkish Cooperation and Coordination Agency, or TIKA, delivered on Monday humanitarian aid to those living in eastern Ukraine's Luhansk region.

The nearly 20-ton aid package consists of food, cleaning products and other materials.

Turkey's Ambassador Tezel, who attended and spoke at a ceremony held in the town of Vyshneve near Kiev, thanked TIKA for providing the aid, which was worth a total of $42,000.

"The aid will be distributed to people living near the front line and Turkey will continue providing help to Ukraine," Ambassador Tezel said.

The aid will be given to those living near the conflict zone with pro-Russian separatists in the Luhansk region and to those who have lost their homes.

Chechotkin thanked Turkey for the support to Ukraine and said that the materials would reach the country's eastern region "as soon as possible."

"Since 1997 Turkey has provided humanitarian aid to Ukraine worth $30 million in 203 projects and about 40 projects are currently taking place," TIKA Ukraine Coordinator Bolat told Anadolu Agency.

Among the projects carried out in Ukraine were providing medical equipment to Dnipropetrovsk town hospital, treating those injured in the ongoing conflict, as well as supporting and supplying equipment and infrastructure for nine hospitals in the regions of Nikolayev, Kherson and Kiev.

Bolat added that Turkey was providing help to Ukraine in fields such as education, health, social welfare and vocational training.
Fighting between government forces and pro-Russian separatists in eastern Ukraine has left more than 6,000 dead since April 2014, according to the U.N.
Last Update: May 26, 2015 1:54 pm
RELATED TOPICS