Accusations of anti-Semitism against Turkey do not reflect the truth 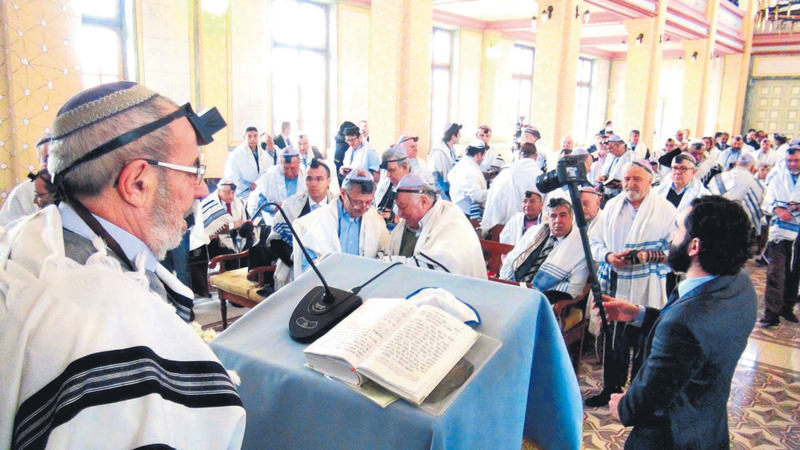 by Fatih Şemsettin Işık May 28, 2015 12:00 am
Despite increasing comments aiming to create the perception that Turkey is persuing anti-Semitic policies due to its harsh rhetoric against Israel during its attacks on Gaza, prominent figures from Turkey's Jewish community have said the opposite. During the opening ceremony of the Great Edirne Synagogue, which was re-opened on March 26 in the northwestern city of Edirne, the head of Turkey's Jewish community, İshak İbrahimzadeh, declared his gratitude for what the state has been doing over the last couple of years and said: "When I saw our president five years ago during his tenure as prime minister he said that laws should be regulated with regard to what is right and whose right it is," he said.

Although I evaluated this as usual discourse at first sight, as time passed and we enjoyed the happiness after the return of assets in İzmir, it conduced me to break down my prejudices one more time and turn them into hope."

One of the largest synagogues in Europe, known also as Kal Kadosh ha Gadol, underwent a four-year restoration that cost over TL 4 million ($1.5 million), which was covered by the government. Restoration of the synagogue was one of the ambitious projects undertaken by the government, which seeks to restore the rights of the often-neglected minorities of the country to promote coexistence after decades of policies suppressing minority rights.

Again, on Feb. 25, Turkey for the first time hosted a commemoration event for Jews killed in the Struma ship disaster of 1942. The ship sank off Turkey's Black Sea coast in 1942 after a Soviet submarine torpedoed it. It is the first time that the government had hosted such an event commemorating the anniversary of the tragedy in an apparent move to reconnect with the Jewish community in the country, which has long been neglected by past administrations.

In the ceremony, Moris Levi, an acting leader of Turkey's Jewish community remembered his happiness over Turkish authorities' "sharing their pain," and said: "There is no one to blame for the disaster because everyone held responsibility. Today, we should look forward to the future in the light of what happened in the past."

Meanwhile, in the last year, the İzmir Jewish Community Foundation received 15 confiscated properties, including 11 synagogues with their title deeds, within the process of 1,000 siezed real estate properties belonging to community foundations being returned.

Additionally, there is an increase in the trade volume between Turkey and Israel, although an almost non-existent political dialogue exists at senior levels, which has continued for after almost two years since Israel officially apology to Turkey over the Mavi Marmara incident. According to statistics released in January by the Israeli government, the Turkish-Israeli overall trade volume was $5.44 billion in 2014. This marks the highest point ever seen in Turkish-Israeli economic relations in history, up 11.5 percent from 2013.