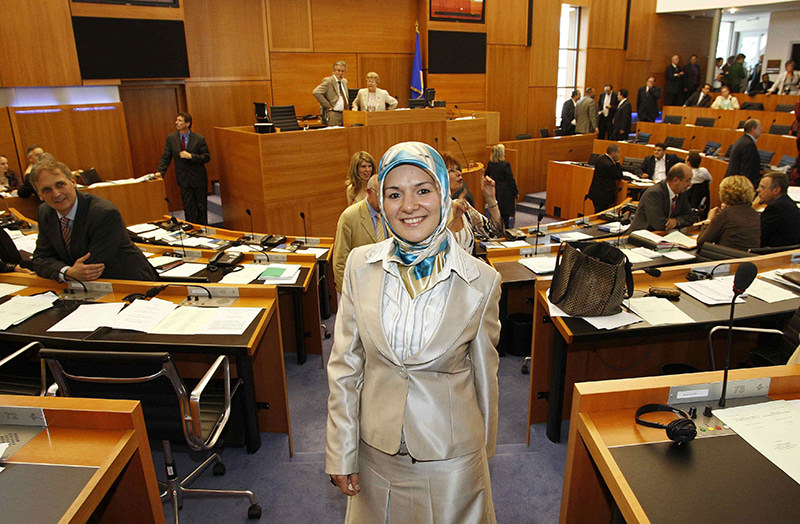 | Reuters Photo
by Nurbanu Kızıl Jun 01, 2015 12:00 am
Tanju Bilgiç, the spokesperson of Turkey's Ministry of Foreign Affairs has criticized the expulsion of Mahinur Özdemir, a Turkish-Belgian deputy of Brussels-Capital Region from the Humanist Democratic Centre (CDH) and said it could multiply integration problems in Europe.

Bilgiç stated that Turkey is deeply worried about the expulsion of Özdemir, who was expelled from her party on May 29 for refusing to recognize the 1915 incidents as genocide.

"We are astonished by this decision of a political party contradicting the democratic values in Belgium, a country with deep-rooted traditions of democracy." Bilgiç said, who added that the expulsion of a democratically elected deputy will not "contribute to the integration of 220,000 people of Turkish descent, most of whom are Belgian citizens by disregarding freedom of expression, one of the fundamental principles of Europe."

Bilgiç continued by saying that ‎such exclusionist approaches will not resolve but further deepen integration problems in Europe. "

We call on all Belgian institutions, particularly the political party in question, to refrain from attitudes which would result in polarization in the society, and we invite them to act with common sense." the spokesperson of Turkish Foreign Ministry said.

Numerous politicians, non-governmental organization leaders and ordinary people from Turkey, Belgium and throughout the world have expressed their support for Mahinur Özdemir.

Özdemir said she would proceed with her political career as an independent deputy in Belgium.

Turkish citizens in Belgium have reportedly said there is a rise in intolerance against a different view of what happened in 1915.