Syrian Turkmens grateful for Turkish help that saved them from massacre 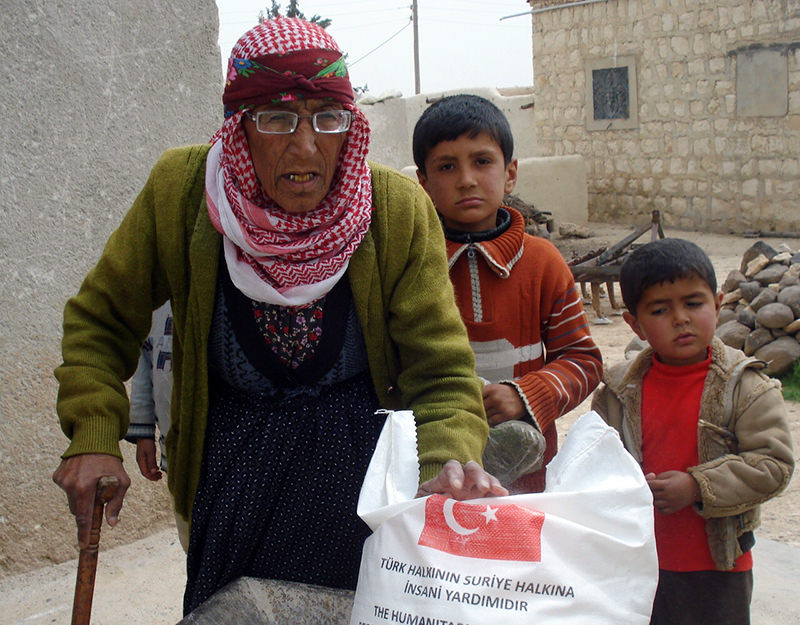 by Hayrettin Bektaş Jun 02, 2015 12:00 am
A massacre of Syrian Turkmens would be inevitable due to incessant attacks by the Islamic State of Iraq and al-Sham (ISIS) and the tyranny of the Syrian regime, if it were not for the assistance provided by the Turkish government, said Syria's Turkmen Assembly spokesman, Tarık Sulo Cevizci.

Displaying gratitude for the help extended by Ankara to the Syrian Turkmens who contend with the threats posed by President Bashar Assad's regime and ISIS, Cevizci said "We were on the brink of a massacre before Turkey intervened. The stopping of the trucks led ISIS to take control of roughly 200 Turkmen villages. It is unethical to exploit the assistance provided to us for political purposes. While we are being subjected to a massacre, the aid is being portrayed as something wrong and only pleases our enemies."

On Jan. 19, 2014, several trucks were stopped by local gendarmerie forces in the southern Adana and Hatay provinces on the grounds that they were loaded with weapons and ammunition, despite a national security law forbidding such a search. Since the outbreak of the incident, a defamation campaign has been launched against the government by its opponents. The debate recently heated up again after the Cumhuriyet daily ran an article claiming the trucks were carrying weapons to extremist groups in Syria, prompting an immediate response from Prime Minister Ahmet Davutoğlu who accused the daily of attempting to defame the government in the run-up to the June elections. He also accused the daily of making confidential information public, and said that the trucks were carrying assistance to the Turkmens.

"It is because of Turkey that we can protect our children," Cevizci said, continuing to voice his gratitude for the aid. He said: "There are currently 3.5 million Turkmens in Syria, 2 million of whom have been assimilated and do not accept Turkmen identity. But Turkey, regardless of this fact, has been helping us all along with other helpless Syrians."‎

Pointing out that the Turkmens have been neglected by international circles, Cevizci said that only Turkey was there to extend help to them.

Since the civil war erupted in 2012, Syrian Turkmens have continuously received different kinds of support from Turkey, including humanitarian, diplomatic and logistical assistance, Cevizci said, adding that they were on the brink of a massacre.

"The Syrian Kurds have become a threat to us after ISIS and the regime," Cevizci said, adding that close to 35,000 Turkmens have died so far due to the violence that came with the outbreak of the civil war and intensified with the rising of ISIS, which has taken control of nearly half the country.

"The world ignores the Turkmens and turns a cold shoulder to our suffering," Cevizci said, and continued: "We are exhausted; Turkmens are facing a threat of elimination. It is only Turkey that supports us."

Touching upon the stopping of the trucks, he said the move led to the killing of dozens of people and that two days after the incident, ISIS seized nearly 200 Turkmen villages.

"One of those trucks was headed to Aleppo; my brother was to meet the truck. My brother was a commander in the Turkmen army then. I was there too, but because we could not receive the truck, ISIS seized the region. We lost control of the most important part of the Turkmen sphere that day and the clashes intensified," Cevizci said.

Cevizci also said that right after the article in Cumhuriyet, ISIS carried out a raid that he said looked like taking revenge on Turkmens and 18 people died in the attacks.

"Eighteen were killed, 50 went missing and dozens of families abandoned their homes. The matter becoming a tool in politics dealt a huge blow to us, making us a target," Cevizci said.

Meanwhile, President Recep Tayyip Erdoğan on Tuesday filed a criminal complaint against Cumhuriyet and its editor-in-chief for the article. He previously had said Turkey provides humanitarian aid to Syrian Turkmens and the Syria-bound trucks belonging to the MİT that were raided in the unauthorized operation in 2014 are an issue related to a Turkic minority group called the Bayır-Bucak Turkmens living in Syria. He added that the allegations that trucks were full of ammunition to support ISIS slandered the MİT and claimed the interception of the trucks was an attempt at "spying" by the Gülen Movement.

"We have been hesitating since news of the incident broke. The opposition should step aside regarding this matter because they put our lives in jeopardy. I personally asked for assistance from the prime minister. He was the foreign minister then. He never withdrew support from us," Cevizci added.