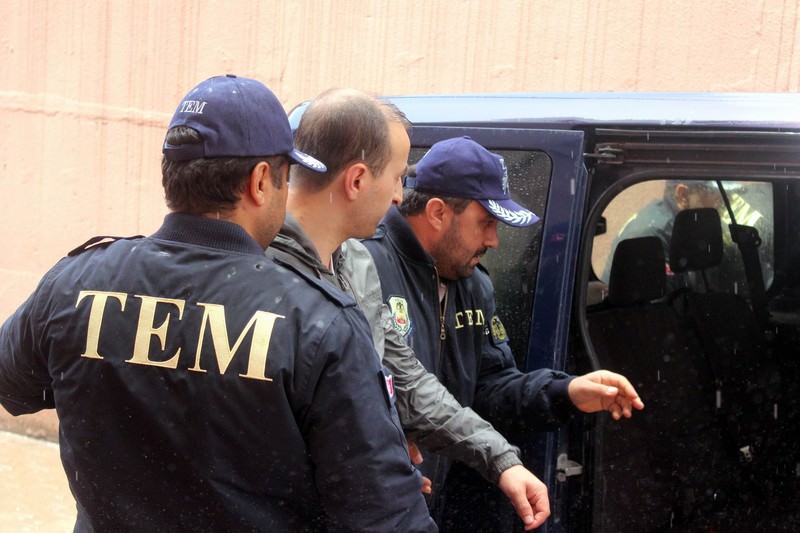 by Daily Sabah Jun 04, 2015 12:00 am
Two out of three suspects, who allegedly have links with the Gülen Movement, detained for infraction of rules during a military high school entrance exam in the 2011-2012 term, have been sent to court for arrest on Thursday.

On Wednesday, three suspects were detained under the scope of the operation in the central Anatolian city of Kayseri.

The suspects are accused of providing answers to the military high school exam beforehand to affiliated members, being members of the Gülenist terror organization to commit crimes, contravening the Student Selection and Placement Center (ÖSYM) law, and infraction of rules during the exams.

It was reported that the police is searching for the rest of the suspects, three of which have reportedly fled to Kyrgyzstan before the operation took place.

The Gülen Movement is a transnational movement led by U.S.-based Fethullah Gülen, who lives in self-imposed exile in Pennsylvania. It is accused of wiretapping thousands of people including government officials and encrypted phones, as well as cheating in Public Personnel Selection Exams (KPSS)

It has been accused of infiltrating state institutions in Turkey and attempting to overthrow the government, forgery of documents, and espionage. Government officials have continuously expressed their determination to continue to lawfully fight the Gülen Movement, which is recognized as a threat to national security by the Turkish state.
Last Update: Jun 04, 2015 6:41 pm
RELATED TOPICS