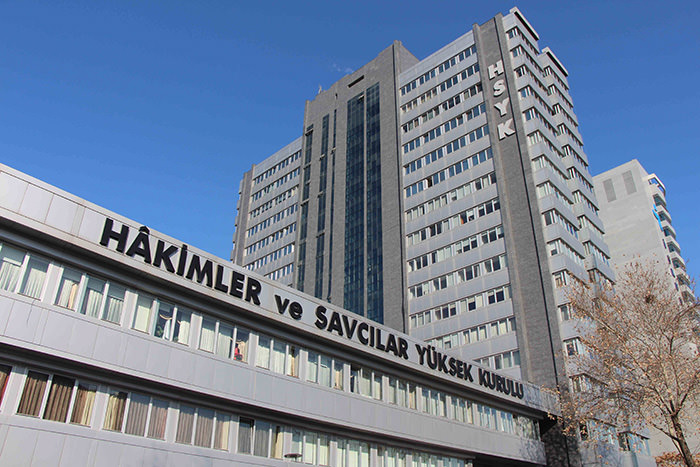 |Sabah Photo
by daily sabah
Jun 11, 2015 12:00 am
The Supreme Board of Judges and Prosecutors (HSYK) has removed 37 judges and prosecutors from their post on charges of engaging in an irregularity during an exam held in 2012 for lawyers to be appointed as judges. The suspects are allegedly affiliated with the Gülen Movement, which is already implicated in a cheating scandal in the‎ Public Personnel Selection Exam (KPSS) in 2010.

According to NTV, the HSYK dismissed 37 judges for cheating and being involved in irregularities during an exam in 2012, a decision that was taken after an application by a deputy from the Republican People's Party (CHP), Atilla Kart.

Kart had filed a complaint against some suspects for leaking the questions of the exam. In the filed petition, there were the names of 20 suspects who allegedly took the exam and cheated. The expert reports prepared by the prosecutor's office and the Measurement, Selection and Placement Center (ÖSYM) have indicated that the candidates marked the same questions wrong. Based on the evidence and the reports, the HSYK decided to cancel the appointment of 37 judges and prosecutors to their posts.

Allegations against the Gülen Movement-affiliated exam cheats are not only limited to the judiciary, but also with their placement in public institutions. A KPSS cheating scandal recently hit the headlines when it was discovered that numerous people affiliated with the Gülen Movement received full marks from the exam, although they had performed poorly in their previous attempts.

The suspects in the first operation also faced charges of being members of a criminal organization, forgery, illegal and harmful activity in public institutions, destroying criminal evidence and abuse of power. Police units launched the second wave of the KPSS cheating investigations in 28 provinces and took 35 of 78 suspects into custody on Monday morning. Nine other suspects were taken into custody a day later and the whereabouts of 33 others is reportedly unknown.

Members of the Gülen Movement have allegedly infiltrated state institutions with a supposed aim of bringing down the elected government and taking over the state. The network is run by Fethullah Gülen who lives in self-imposed exile in Pennsylvania.
Last Update: Jun 11, 2015 4:50 pm