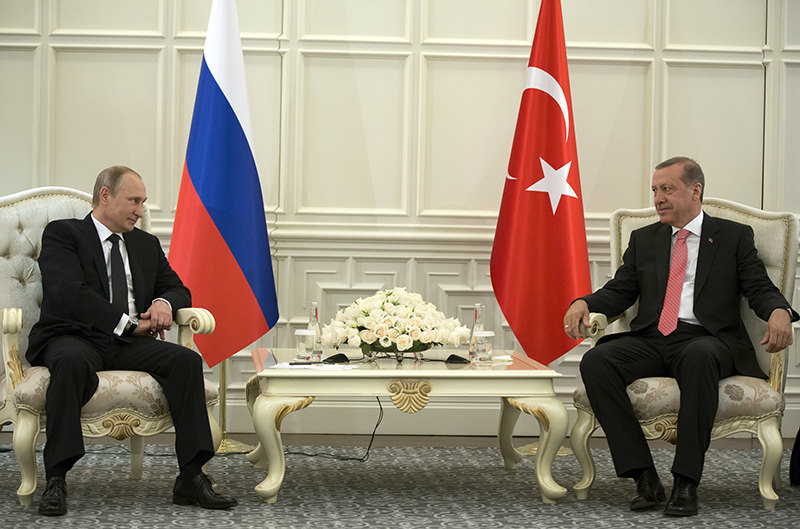 Speaking to journalists on his way back to Ankara after the first European Games in Baku, Azerbaijan, President Recep Tayyip Erdoğan said that he delivered the committee report to Russian President Vladimir Putin in Russian in order to ease the problems of Crimean Tatars in the region. According to the report by a Turkish committee sent to the region to investigate the violation of rights, Crimean Tatars are forced to become Russian citizens and their freedom of speech, language, education, residence and fair trial have been widely disrupted by Russia.

In his comments to the state-run Anadolu Agency, Professor Zafer Üskül, the head of the committee, said that over a period of four days, they had established contact with 100 people from different branches, including the media, religious organizations and nongovernmental organizations as well as lawyers, housewives and civilians.

The committee highlighted that the issue of citizenship is among the biggest problems of Crimean Tatars, as Üskül said that it first arose when Crimean Tatars were exiled from their lands during the Soviet era, and it continues to be a burden for them today.

"They have residential issues. They have no title deeds. The new administration promised to solve those issues after the annexation [of Crimea], but Crimean Tatars still have the same fears," Üskül said, adding that officials are about to prepare a new draft bill on the issue.

Pointing out that the Crimean Tatar language was accepted as an official language along with Russian and Ukrainian, Üskül said that it is yet to be practiced in daily life.

"All the same, as was expected, the plate was hung in the parliament in three languages. When we asked why there are no street names in Crimean Tatar, they replied, 'They all can speak Russian,' " he added.

He said that language problems are also seen in education as only 15 schools provide training in Crimean Tatar and it is far behind what is required.

"There is a need for 200 schools more to meet the needs of Crimean Tatars," Üskül said.

Üskül asserted that there is pressure on Crimean Tatar media outlets as the Crimean Tatar television channel ATR's application to open a channel was denied.

"As a result of our investigation, we can say that some do not want to see ATR on air since they refused their application with simple reasons," Üskül said.

Regarding kidnapped and missing Crimean Tatars, he added that there is no serious investigation and their questions about those Crimean Tatars were answered with the reply: "It is being investigated."

Turkey is among the countries opposed to Russia's annexation of Crimea and one that defends the territorial integrity of Ukraine, but it did not implement the EU and U.S.'s economic sanctions imposed on Russia. Despite developing ties between the two countries, Turkey and Russia have some differences over specific political issues, especially the situation of Crimean Tatars.