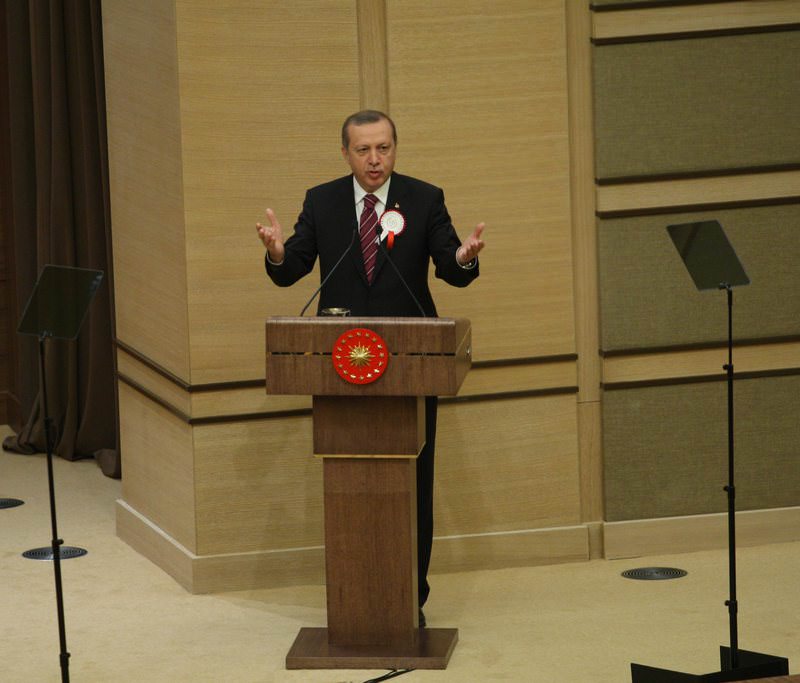 by Daily Sabah Jun 21, 2015 12:00 am
President Recep Tayyip Erdoğan on Sunday said that he will not ask the Justice and Development Party (AK Party) to form a government until the election of the Parliament speaker, amid speculation that he would go against the custom and assign the government following the oath-taking ceremony in Parliament.

"I do not have such a thought before the election of the Parliament speaker," Erdoğan told reporters Saturday after meeting U.N. High Commissioner for Refugees (UNHCR) chief Antonio Guterres and the agency's goodwill ambassador, Hollywood star Angelina Jolie, in the southeastern province of Mardin.

In line with the Constitution, Parliament is expected to convene on June 23 for the deputies' oath-taking ceremony. Some Turkish media outlets claimed that Erdoğan would go against the norm and ask Prime Minister Ahmet Davutoğlu to form the next government since his AK Party received the most votes.

According to the official election results, the AK Party has 258 seats in Parliament, the Republican People's Party (CHP) has 132 and the Nationalist Movement Party (MHP) and Peoples' Democratic Party (HDP) with 80 seats each.

In his first speech after the elections, Erdoğan urged the four political parties to form a new government as soon as possible, saying that those leaving Turkey without a government will not be able to pay for the consequences.

Although the AK Party received the most votes in the election, receiving 40.66 percent of the vote, the support it gained from voters was not sufficient for the party to reach the majority of seats needed to form a government on its own. This has led the party to look for a coalition partner.
Last Update: Jun 21, 2015 10:12 pm
RELATED TOPICS