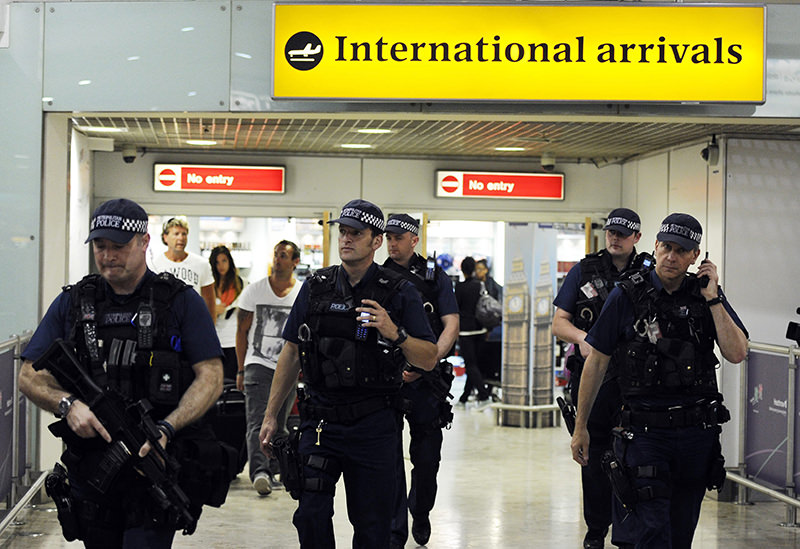 | AFP Photo
by Daily Sabah Jun 23, 2015 12:00 am
The Commons Home Affairs Committee chairman Keith Vaz has urged Britain to establish a "hotline" between Istanbul and Britain, and increase precautions in order to prevent people from travelling to join the self-proclaimed Islamic State of Iraq and al-Sham (ISIS).

According to British media outlets, Vaz stated that a hotline was necessary: "I think this is so serious, that when any parent goes into a police station and reports someone missing, there should be a hotline to Istanbul," said the Labor Party politician, noting that ISIS works on a 24/7 basis.
Vaz urged Britain's consulate in Istanbul to work in the same pace and 'step up their game', while he highlighted that a more effective system should be established.

Last week, British media reported that British security units only have one counter-terrorism expert in Turkey, which they claimed was insufficient to stop British citizens from crossing the border to join terrorist organizations in Syria and Iraq.

Britain had already become the target of accusations following its failure to spot three British girls who left their homes to join ISIS through Turkey. The British, who initially dodged responsibility and placed the blame on Turkey, were forced to accept their failure in identifying the teens in time. They later apologized to the families of the teens for the mistake. However, seemingly unable to learn its lesson, Britain continues to be incapable of preventing its citizens from joining ISIS and causes Turkey difficulties, as it purportedly fights alone against the problem.

Turkey has been doing its part to identify and deliver potential foreign fighters who are seeking to cross the border to Syria to join ISIS, despite little cooperation in intelligence sharing from Western countries.

As part of Turkey's efforts, the police force has tightened security at transfer points such as airports, terminals, bus stations and rental car companies via a special risk analysis system, and a team tasked with tracking suspicious foreigners who travel to Turkey for the first time and those who are minors with no hotel reservations.

The police department's counter-terrorism unit, intelligence unit and airport security teams have cooperated in sending back hundreds of foreigners who they consider to be a security risk. A total of 34 foreigners who arrived in Turkey last month were questioned by profiling experts after their arrival.

Those deported were of different origins with ages varying from 15 to 35. The suspected foreigners claimed that their purpose of visit was work-based, tourism or visiting friends or relatives, but security forces who had suspicions about the possibility of them joining ISIS deported them back to the countries where they had traveled from.