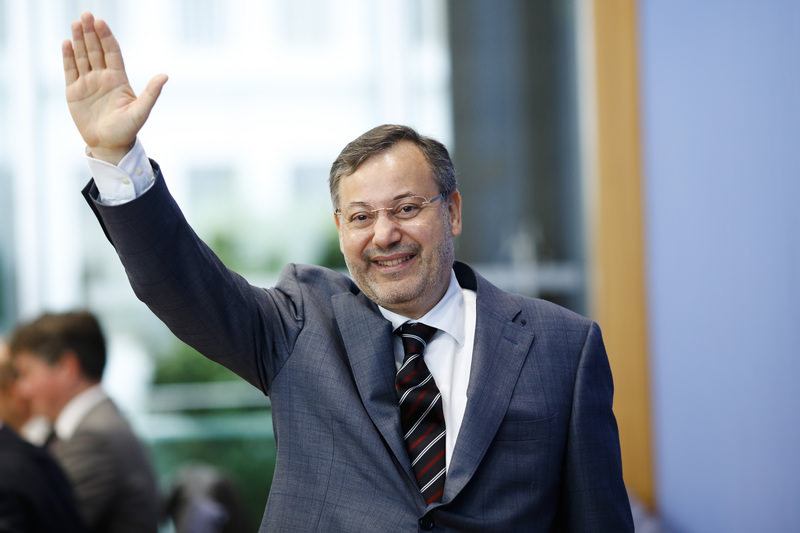 by Daily Sabah Jun 24, 2015 12:00 am
Al-Jazeera journalist Ahmed Mansour, who was detained in Germany upon the Egyptian military regime's request, offered his gratitude to President Recep Tayyip Erdoğan for his support during his detention in Berlin.

Addressing a press conference in Berlin on Tuesday, Mansour said that Erdoğan was the only world leader who opposed the German court's decision and added he desires to thank him in person as well.

Mansour also informed the reporters that Erdoğan's adviser and Prime Minister Ahmet Davutoğlu called him after his release.

Mansour was arrested Saturday in Berlin as he was about to board a plane to Qatar. The journalist, who has both Egyptian and British citizenship, was released two days later.

Al-Jazeera linked the arrest with Egyptian president's visit to Germany and said: "Sisi has largely suppressed dissent in Egypt. Thousands of activists and political opponents have been arrested, prosecuted and in some cases sentenced to death since former President Mohammed Morsi was deposed two years ago."

Following Mansour's arrest Turkish president criticized Germany for the decision and said "European states, which leave Turkey alone in fighting terrorism and condone terrorist organization members, unfortunately behaves very differently over a request by coup stagers," he said Sunday.
Erdoğan said an EU state, which failed to act when Ankara provided documents on thousands of outlawed PKK members who were freely operating in its borders, saw no harm in detaining a senior journalist from Al Jazeera.