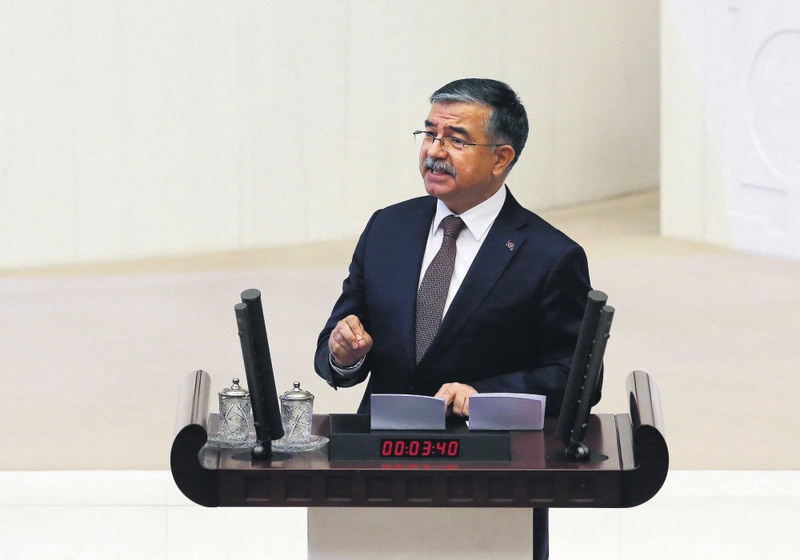 In the fourth round of the Parliament speaker election, the AK Party’s Yılmaz received 258 votes, while the CHP’s Baykal lagged behind with 182. Opposition parties showed strong objection to the AK Party’s rule in the pre-election period but they failed to come together to elect the Parliament Speaker

The third round, which was also far from determining the winner of the elections, proceeded into a final round, during which Yılmaz was elected who was vying against Deniz Baykal running for the post from the Republican People's Party (CHP). The election of the speaker is expected to be followed by official negotiations between the parties once President Recep Tayyip Erdoğan instructs interim Prime Minister Ahmet Davutoğlu to form the government for which he has 45 days to accomplish.

Erdoğan has highlighted the significance of urgently forming a government, but also left the option of early elections on the table not to drag Turkey into a crisis unless none of the parties hammer out a deal to form an alliance.

The first reaction to the election results came from CHP spokesman Haluk Koç who in hard-hitting words criticized the MHP for not supporting Baykal in the final round.

"The office of Parliament speaker has been handed to the AK Party on a silver platter," Koç said, in reference to the MHP, which announced prior to the final round that they would not support Baykal, citing the HDP support for him, and would use blank votes in a possible fourth round. In doing so, MHP increased the odds of Yılmaz being chosen for the post.

"We have seen the blatant signs of a coalition. They [the AK Party and MHP] suit each other very well," Koç said. He branded the MHP's harsh stance against a coalition as posturing, saying Parliament speaker election has shown which party supports which.

The current tension apparently will extend to coalition talks that are expected to begin soon.

The June elections plunged Turkey into recently uncharted territory of a hung Parliament as it gave no party enough power to rule alone. Concerns have been high as stringent differences between the policies of the parties have so far made it tough for negotiations for a coalition, which already has adverse connotations as Turkey saw serious setbacks in both political and economic progress before the AK Party came to power and ended the period of coalition governments nearly a decade ago.

The AK Party government has been the mildest in tone among the parties for aligning with another party, but the other parties' resistance to cede at least some of their policies to reconcile with a partner to form a government could take Turkey to early elections.

Since the elections, the Nationalist Movement Party (MHP) has been against any plan that involves the Peoples' Democratic Party (HDP), which received 80 seats in Parliament, like the MHP, passing the 10-percent election threshold. The MHP's intransigence has dashed the hopes of Kemal Kılıçdaroğlu, chairman of the second-placed Republican People's Party (CHP), to form a coalition between the CHP, MHP and HDP. The MHP, equating the HDP with the outlawed PKK, left Kılıçdaroğlu with only the option of forming a coalition with the AK Party to form a government. Although he said they were open to negotiations with the AK Party, the conditions stipulated by the CHP, which include a rotating Prime Ministry, and that the first run be him, could prevent an agreement between the two parties. MHP Devlet Bahçeli retained his stance on the first night of the elections and said the party preferred to be in the opposition. With this, the options of two likely partnerships for now have been shelved, but the uncertainty will be alleviated once the official negotiations commence. As the speaker of Parliament has been selected, all eyes are now turned to coalition talks.
Last Update: Jul 01, 2015 8:10 pm
RELATED TOPICS