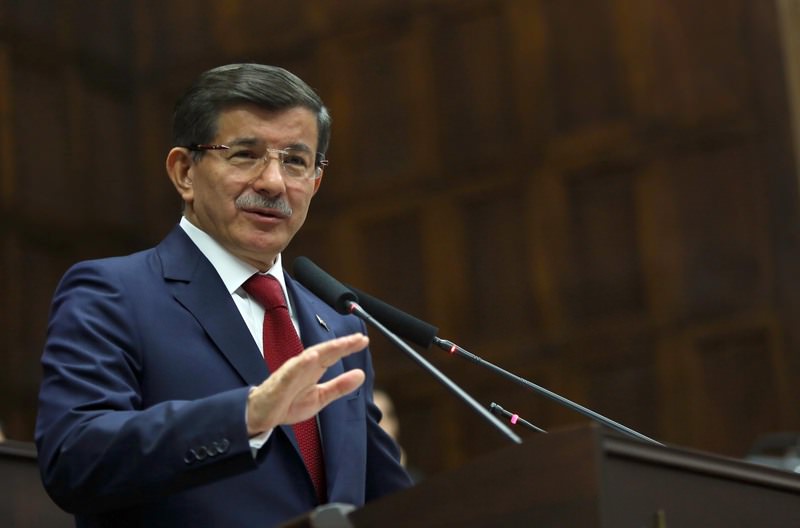 by Daily Sabah Jul 03, 2015 12:00 am
Prime Minister Ahmet Davutoğlu said that he will not plunge Turkey into an "adventure" in Syria unless there is a direct threat to the country's national security.

Speaking a live televised interview at Kanal 7 TV channel on Thursday, Davutoğlu said that Turkey will not hesitate to take military action in Syria if there is a direct threat to its national security, but if a case like that does not occur no one should create speculations about a military operation into Syria.

Davutoğlu said that the direct threat would be imposed by the self-proclaimed Islamic State of Iraq and al-Sham (ISIS), Assad forces or the Kurdish Democratic Union Party (PYD) and underscored Turkey's readiness for any development in Syria such as an attack to its soils or a refugee inflow due to ongoing clashes.

Some Turkish media outlets recently reported that a possible cross-border operation would be considered at Turkey's national security council meeting, one option being the creation of a 110 km (70 mile) "buffer zone" within Syria.

Turkey regulated the rules of engagement regarding Syria accordingly for a cross-border operation against ISIS to give Turkish troops a freer hand to fire into Syria, which disintegrated after the outbreak of civil war in 2011.