Turkey to train Iraqi police in efforts to combat ISIS 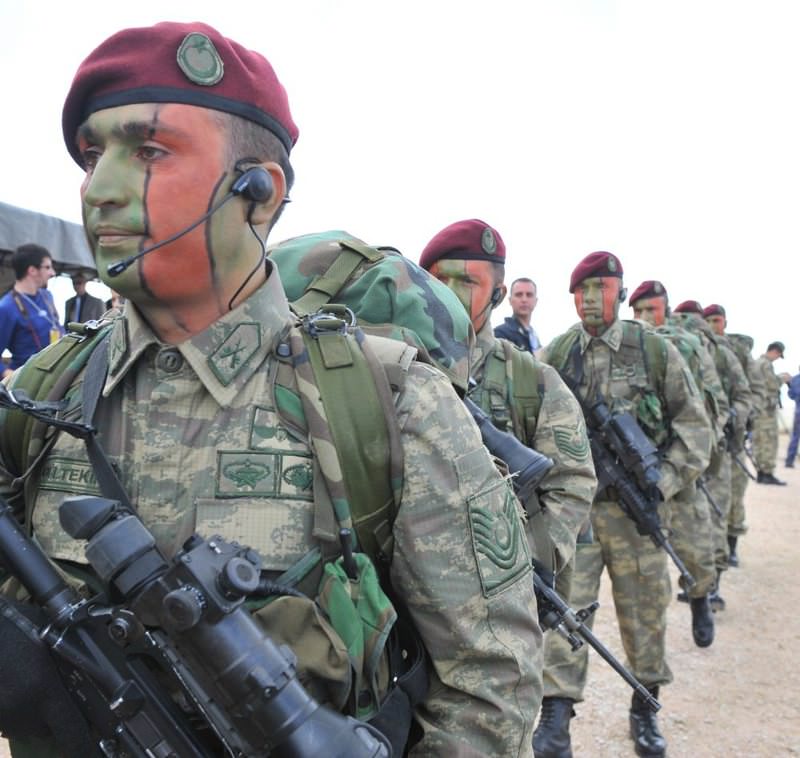 by Daily Sabah Jul 19, 2015 12:00 am
Turkey continues its efforts to combat the self-proclaimed Islamic State of Iraq and al-Sham (ISIS) terrorist organization through various means including training Iraqi police. During his visit to Turkey on July 14, Iraqi Minister of Foreign Affairs Ibrahim al-Jaafari met with Prime Minister Ahmet Davutoğlu, Foreign Minister Mevlüt Çavuşoğlu and President Recep Tayyip Erdoğan. In the meeting held with Çavuşoğlu, it was reported by local media outlets that the Special Operations Department of Turkey's Security General Directorate is to train Iraqi police officers. The training of the Iraqi police is expected to be held at the Gölbaşı training center in Ankara.

In a joint press conference following the meeting with Jaafari, Çavuşoğlu reiterated that ISIS is a terrorist organization that is a great threat to not only Iraq, but also Syria and Turkey. Reaffirming that the train-and-equip program will continue to provide support in the fight against ISIS, Çavuşoğlu confirmed that the Iraqi police training will be carried out in Turkey as well. According to an article posted on the Hürriyet daily website, the training of Iraqi police is to include not only a practical approach to preventing ISIS from gaining strength in the field, but also theoretical aspects. Additionally, Çavuşoğlu and Jaafari discussed the security situation in Iraq and cooperation between the two countries in the fight against terrorism, particularly bilateral political and economic relations.

Prior to training the Iraqi police officers, Turkey had launched a training program for the Kurdistan Regional Government's (KRG) peshmerga forces and Foreign Ministry officials announced that 230 peshmerga soldiers had been trained by Turkish Special Forces, known as the "maroon berets." During the meetings, the Turkish and Kurdish prime ministers agreed that the training program would continue for as long as necessary due to the ongoing ISIS threat.
Last Update: Jul 20, 2015 6:17 pm
RELATED TOPICS