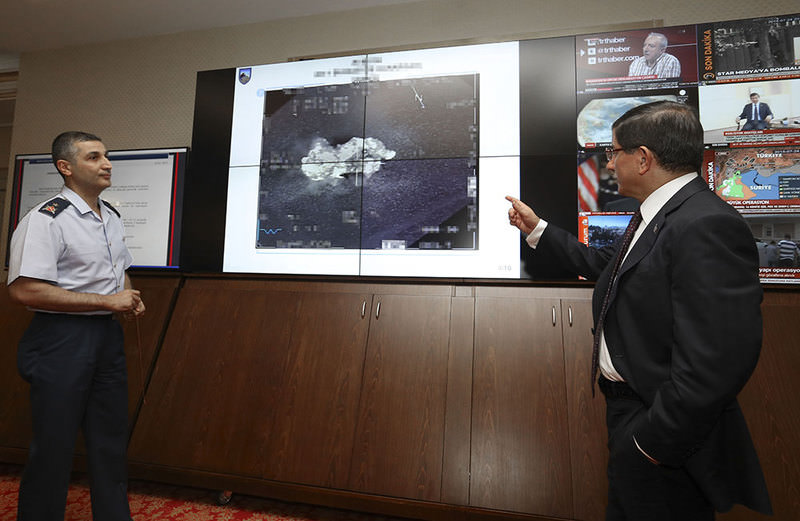 by Daily Sabah with AA Jul 24, 2015 12:00 am
All five terrorists who attacked and martyred Turkish Officer Yalçın Nane were killed, Deputy Chief of the General Staff Yaşar Güler said in a high level security meeting held in Turkey's capital Ankara on Friday.

Prime Minister Ahmet Davutoğlu visited Prime Ministerial Coordination Center on Friday, in which he was informed about the latest operation held against the self-proclaimed Islamic State of Iraq and Sham (ISIS).