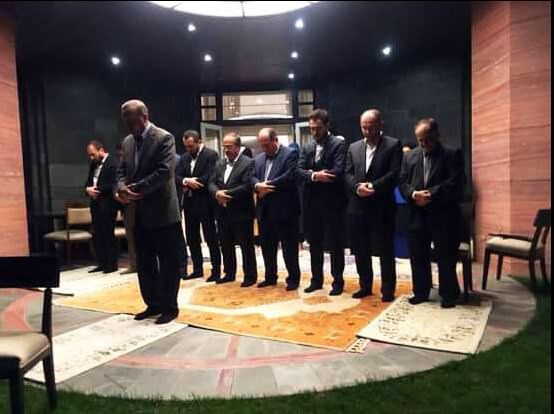 by Daily Sabah Jul 24, 2015 12:00 am
A photo of Turkish President Recep Tayyip Erdoğan leading a congregational prayer with nine of his consultants following him in the garden of the New Presidential Palace Complex were published on Thursday for the first time on social media.

Many supporters of the Turkish president immediately started to share the photo on Instagram and on the President's Twitter page which rapidly spread rapidly across different social media platforms thanks to the president's supporters.

The president had previously attended the prayer service in the palace's Beştepe Mosque for its opening ceremony on July 3 in Ankara's Beştepe district.

The mosque, called the Beştepe People's Mosque is located on a site covering over 5,000 square meters and has a capacity of up to 3,000 people.