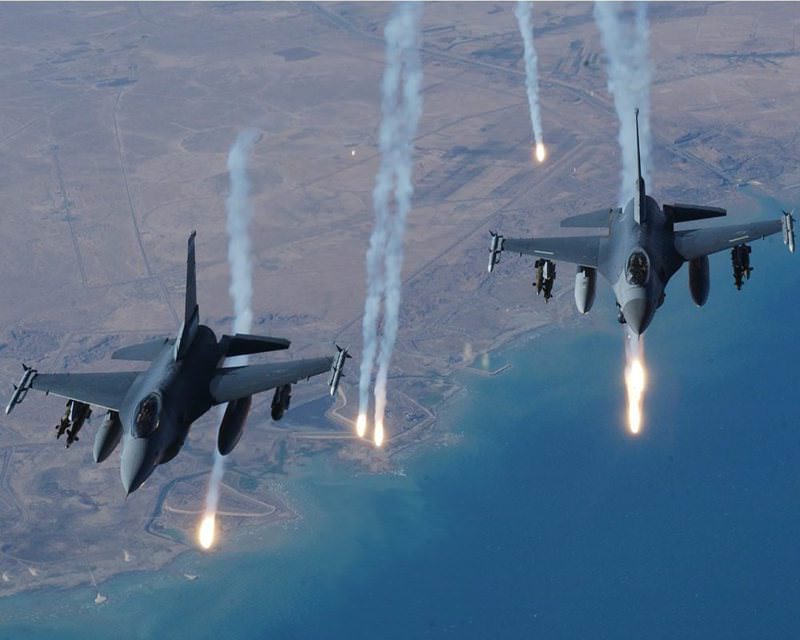 by Yunus Paksoy Aug 02, 2015 12:00 am
Having suffered heavy losses following continuous operations by the Turkish Armed Forces (TSK) in an effort to eradicate the terror in the country, the PKK is now under pressure from all sides, not only criticized for disrupting the reconciliation process, but also compelled to negotiate a new cease-fire with Ankara.

Late on Friday the TSK conducted an operation against the camps of the PKK terrorist organization in northern Iraq, leaving 260 dead and more than 350 wounded. In the operation, 35 shelters, 15 caves, four underground shelters, two underground ammunition depots and numerous weapon pits belonging to the PKK were destroyed.﻿

In the wake of operations by the TSK, the unravelling inside the terrorist organization has been more obvious to be seen. Nearly one third of the terrorists left the camp. Some senior figures, including Murat Karayılan, fled to Iran, while others stayed in the camp. Meanwhile, the rest hid themselves in Jazira Canton in Northern Syria.

Heavily damaged by the operations, the PKK leadership in the Qandil Mountains took a step back. According to sources close to Daily Sabah, there have been two attempts by the PKK leadership to seek a cease-fire. The administration requested the Peoples' Democratic Party (HDP) make Ankara restart negotiations with imprisoned PKK leader Abdullah Öcalan. HDP Co-Chair Selahattin Demirtaş, who had previously called on Kurds to defend themselves, toned down on Sunday, saying "The PKK should lay down its arms." Interpreting such statements and change of tone as a strategy to buy time due to heavy losses, Ankara decided not to slow down in its fight against the terrorist organization. The government has put forth the condition that all armed elements need to leave the country.

Prime Minister Ahmet Davutoğlu on Friday said: "We will not agree to a cease-fire if our people are killed." He further added that military operations will continue as long as threats against Turkey's national security exist.

The PKK has recently faced criticism by the U.S., EU and the president of the Iraqi Kurdistan Regional Government (KRG), Masoud Barzani, concerning the attacks on soldiers, police officers and civilians as well as pipelines and heavy equipment, which dented the reconciliation process.

Barzani said on Friday in an interview released by the German magazine Focus that the PKK was responsible for the end of the Kurdish reconciliation process in Turkey. "The PKK overestimated itself. The peace process between Turks and Kurds being threatened is not only related to Turkish President [Recep Tayyip] Erdoğan, but also to hardliners in the PKK who do not want peace," he said.

Speaking to Sabah daily on Sunday, Osman Öcalan, the brother of imprisoned PKK leader Abdullah Öcalan, blamed the PKK leadership for not adapting to the reconciliation process. "Abdullah Öcalan initiated a peace process and Ankara approached it positively. The administration in the Qandil Mountains, however, has not been able to be supportive and adapt to it," he said. He further added that he is deeply saddened to see the three-year effort come to nothing.

Voicing support for Ankara's fight against the PKK, White House deputy spokesman Eric Schultz on Wednesday said: "We condemn the PKK's attacks. … It is a foreign terrorist organization [and] we respect Turkey's rights to defend itself."
Last Update: Aug 03, 2015 12:10 pm
RELATED TOPICS